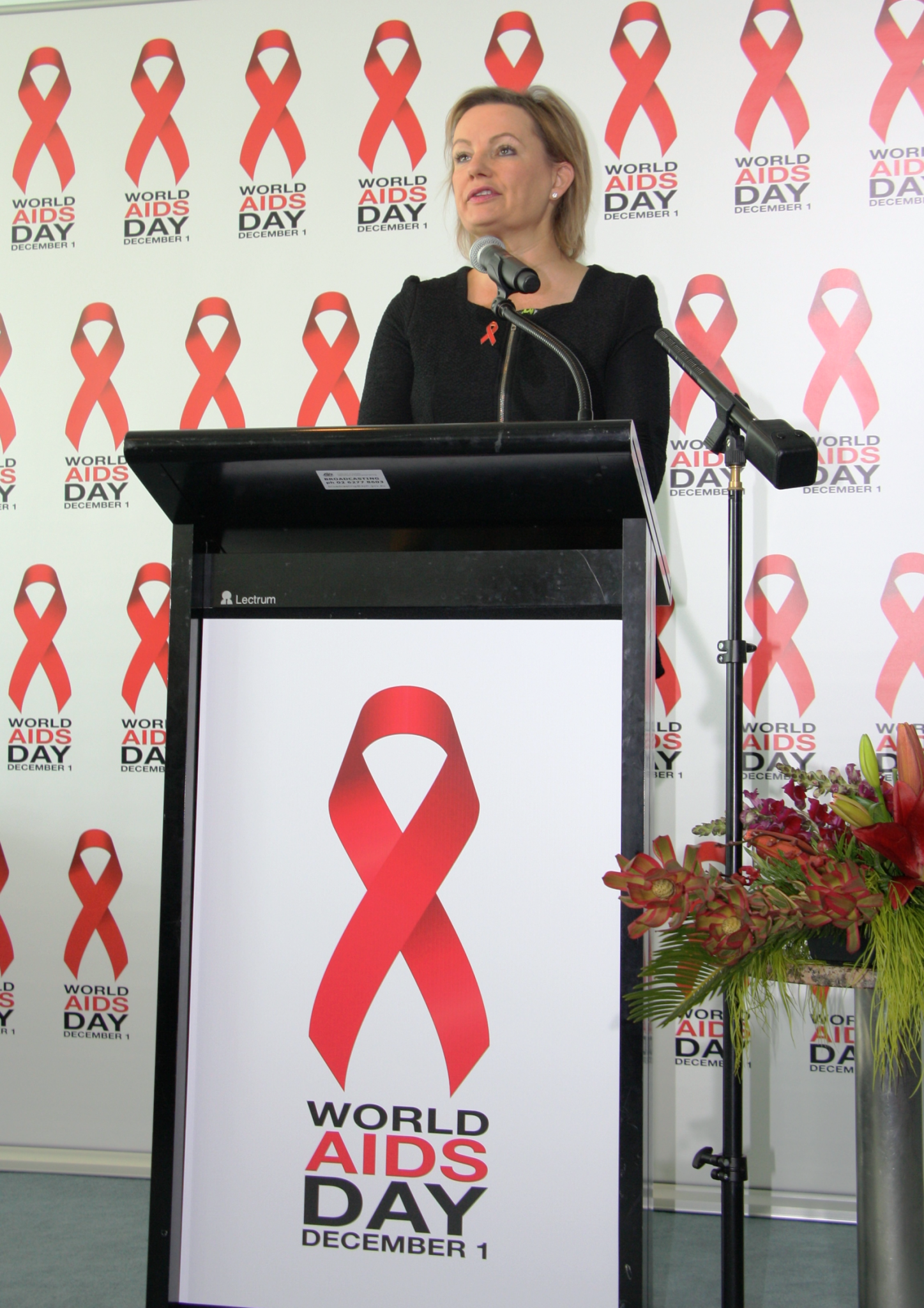 Thank you for inviting me to speak with you today on such an important topic.

We’ve come a long way since the first cases of HIV/AIDS were identified in the early 1980s – a time where this illness resulted in many deaths and widespread fear in the community.

World AIDS Day evolved as a way to bring order to this confusion and fear, and set us on the path for change. In 1988, the World Health Organisation declared
01st December the first ever World AIDS Day, to raise awareness of HIV and commemorate those who died of AIDS.

As an aside, World AIDS Day is also significant as it became the first ever global health day.

Together, we all need to remain vigilant to stop the spread of this illness,
and to support those who have the virus.

World AIDS Day reminds Australians to reflect how they can protect themselves from this illness, including through safer sex practices. It also ensures that people living with HIV can participate fully in the life of the community, free from stigma and discrimination.

In Australia, we have been able to maintain low infection rates compared to other nations. But that doesn’t mean we should be any less vigilant, because if we lose focus, the situation can change quickly and the illness will continue to spread.

The number of people in Australia living with HIV remains low– in fact, it’s around a-tenth of one per cent of the population. Australia maintains a globally low HIV prevalence.

Through the combined efforts of governments and communities the number of newly diagnosed HIV infections in Australia has more than halved since its peak in the late 1980s.

In recent years the number of newly diagnosed HIV infections has remained stable, with just over a thousand people diagnosed each year. Sexual contact between men continues to be the primary mode of transmission, accounting for around 70 per cent of cases diagnosed last year.

Rates of HIV transmission from mother to baby is extremely low, as is the incidence of HIV among women involved in sex work in this country.

HIV rates among Aboriginal and Torres Strait Islander people are comparable to that in non-Indigenous people, but are increasing and must receive our focus. The causes of transmission are different too, with a higher number of infections attributed to heterosexual contact and injecting drug use and amongst women than in non-Indigenous people.

Again, vigilance – particularly around safer sex practices – is the key to helping Australia move towards the Zero target.

I want to assure you that the Australian Government is committed to delivering on the actions and objectives of the Seventh National HIV Strategy 2014-2017, a strategy developed in partnership with both state and territory governments and community organisations.

This includes working closely and cooperatively with the states and territories to improve access to testing and treatment.

Making access easier and affordable and reducing stigma associated with HIV has also been a priority for this Government.

Since July this year, people on HIV treatment have been able to access their medication through community pharmacies, instead of visiting a hospital.
This change reflects not just a response to the need for increased accessibility,
but an acknowledgement that HIV is no different in its management and treatment of other chronic medical conditions.

Along with proven approaches to prevention and treatment of HIV it is also important to look to new strategies and emerging technologies.

The use of HIV antiretroviral medicines as Pre-Exposure Prophylaxis (PrEP) has the potential to provide an additional mechanism for HIV prevention in Australia. However, as with all emerging technology, evidence must be the basis for sound policy, safeguards and regulations.

The Therapeutic Goods Administration (TGA), which independently assesses new medications for safety and efficacy must be allowed to do its work without political pressure no matter how frustrating the process may seem.

However, PrEP is a perfect example of an issue I highlighted earlier this year which is that drug companies wait until after the drug has been approved in the larger US market before submitting an application in Australia.

If the drug company in this case had submitted an application for this drug to be used in HIV prophylaxis in Australia three years ago like it did in the US, perhaps we would be in a different situation now

Running in parallel to the TGA process at present are PrEP trial projects taking place in NSW, Victoria and Queensland which will give us a better understanding of prophylaxis within the Australian setting, and their outcomes can help form policy.

We look forward to the completion of these trials, the TGA assessment and possible PBAC consideration in the future.

World AIDS Day is a reminder that it all starts with us. Everyone has a role to play in helping Australia reach the targets of Zero new HIV infections and Zero AIDS-related deaths. I strongly encourage people at risk of HIV to have regular testing and practice safer sex.

And we all need to work together to eliminate discrimination that can prevent people from seeking access to testing, treatment and care.

World AIDS Day is a time for us to take stock in our progress towards the Zero targets and how this can be achieved. I believe that through the shared commitments of governments, communities and all partners, these targets are possible.