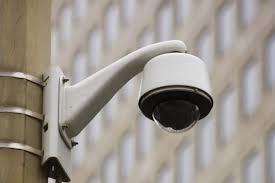 Works have now commenced on a new system of CCTV cameras through Albury’s central business area, to help prevent and investigate criminal or anti-social behaviour in the city.

Jointly funded by AlburyCity and a $450,000 contribution from the Australian Government through its Safer Streets Program, 52 fixed cameras will be installed along Dean Street, in QEII Square and around the Volt Lane car park.

Mayor Mack said “the cameras will become an important tool in preventing and detecting crime and particularly act as a deterrent for repeat offenders”.

Ms Ley said “increasing numbers of people accessing central Albury requires a higher level of security and amenity, and I am delighted our Government can help make this project a reality”.

“It delivers on last year’s election commitment from me to help tackle crime and anti-social behaviour in our city, and supports the terrific work already being done by our local police force.”

Acting Superintendent Russell said “the CCTV system will target areas previously identified by NSW Police as areas of concern, and will assist in investigations of crime in the Albury Command area”.

The CCTV cameras will be connected by optic fibre cabling and wireless links, providing a live feed sent directly to a control room at the Albury Police Station.

Construction will occur over the next few months with works expected to be fully completed by October 2017.