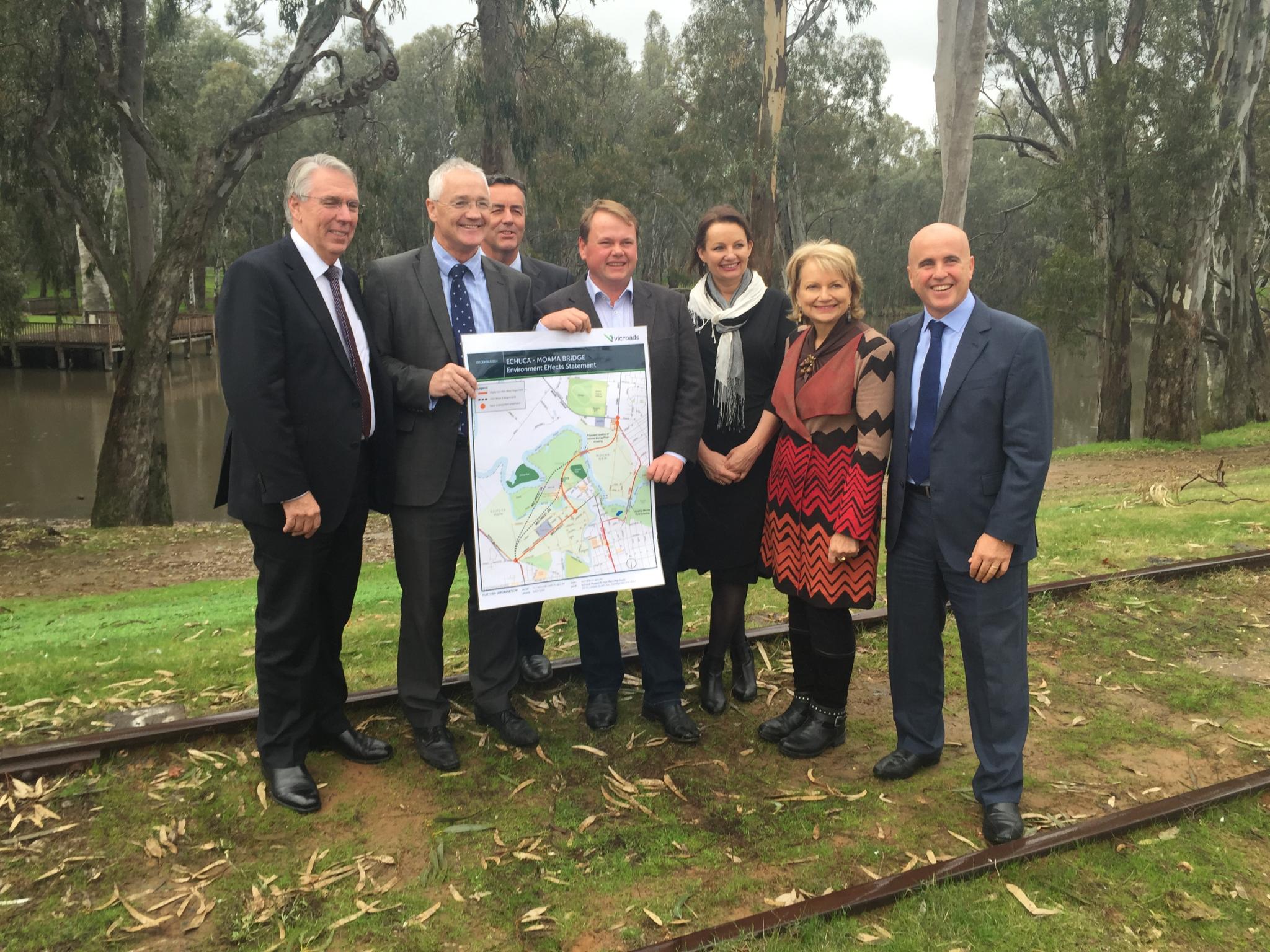 A second Echuca-Moama Bridge will finally become a reality after a Coalition commitment of $97 million, ending decades of waiting for the local community.

Mr Chester said the funding would support an alternative route between Echuca on the Victorian side of the Murray River, and Moama on the New South Wales side, where the existing bridge has reached capacity.

He said providing funding to finally make the project a reality was a huge boost for both communities, who have long fought for a second river crossing.

“This is a project which is reliant on support from a Commonwealth Government to go ahead and only the Coalition is committed to providing funding for significant projects in regional Victoria,” Mr Chester said.

“Today’s announcement will ensure that under a re-elected Coalition Government, a new Echuca-Moama Bridge will be built.”

Ms Ley welcomed the announcement and said that the new crossing would provide another vital link between the Echuca and Moama communities.

“This bridge crossing has long been a priority project for the Coalition, but most of all it has been a critical piece of infrastructure for the local communities of Echuca and Moama,” Ms Ley said.

“No one will argue that this funding has been a long time coming for this area, and I am delighted to be here today for what is truly a historic announcement.”

The Nationals Candidate for Murray Damian Drum said the local communities in Echuca and Moama had fought long and hard for a second river crossing.

He said the existing bridge, built in 1878, has reached its capacity and causes bottle necks for local freight transport and people travelling between both towns.

“The Nationals have campaigned long and hard to secure funding for the Echuca-Moama Bridge and today’s announcement will be welcomed by the local community,” Mr Drum said.

“The Goulburn Murray region is a vital source of fresh produce for our nation and overseas markets, but to make the most of our opportunities we need the best possible road infrastructure.

“A second river crossing will bring so many benefits to our region. As a tourist town, Echuca needs to be able to cope with an influx of visitors, particularly on long weekends and during special events like the Southern 80.”

Liberal Candidate for Murray Duncan McGauchie said the Coalition Government was delivering the bridge after over a decade of delays.

“I want to thank Dr Sharman Stone, the member for Murray, without whose relentless advocacy today’s announcement would not have been possible,” Mr McGauchie said.

“This project was first announced before 2000 so it is wonderful that the Coalition Government has made a clear commitment to deliver this project.

“I’ve met with members of the community to discuss the full potential of this project, including potentially developing an art gallery and tourist development as part of the construction.

“I call on the Victorian Government to match our commitment so we can immediately move to the next phase in the construction process,” Mr McGauchie said.