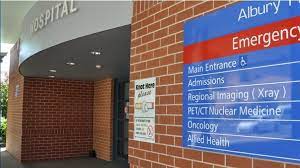 Farrer MP Sussan Ley has lodged a Freedom of Information request with the Victorian Department of Health, seeking a copy of the Albury Wodonga (hospital) Masterplan, in a bid to push forward on plans for a single site hospital on the border.

“Quite frankly, this process has reached a point of absurdity, and there is absolutely no reasonable excuse for the Victorian Labor Government to stall on this any longer.

“The Masterplan was completed in November last year, and outlines the path forward for a single campus, a location and the cost. Our own Border Medical Association wrote to both the Victorian and NSW Health Ministers in early February calling for them to end this impasse; a letter which has been ignored, with neither a reply or even an acknowledgement.

“The AWH Board’s hands are tied here, but even they had expected this process to be finalised by the end of last month, at the very latest. It’s only when the Master Plan is approved that AWH can start seeking funding sources from governments and possibly interest from the private sector.

“I’ve noted a number of people calling on the Commonwealth to help fund a new hospital. Well, we can’t put money into a plan which hasn’t been ratified, particularly when it is the states which will need to approach us for a contribution.

“A new hospital for Albury Wodonga is needed as soon as possible. It also needs to move beyond politics, cross border parochialism and election cycles. If Victoria are not interested in building it, then they should get out of the cross border health agreement and let people who care about our region’s health system get on with it.”