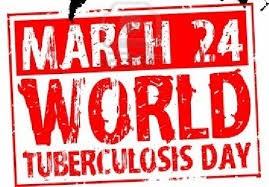 Today marks World TB Day, a timely reminder that while we are fortunate to have low rates of tuberculosis (TB) in Australia, the threat is still present in our region.

Minister for Health Sussan Ley said this year’s theme Unite to End TB focuses on vigilance and the need to maintain our tight controls on this disease.”

“World TB Day, held on 24 March each year, aims to build public awareness on the threat of tuberculosis – a disease which, despite being curable, remains an alarming and destructive epidemic in much of the world.”

“I’m pleased to say Australia has achieved and maintained good TB control since the mid-1980s and has one of the lowest TB incidence rates in the world.”

Each year, approximately 1,300 new cases of TB are diagnosed in Australia with only one to two per cent of these being drug-resistant TB (MDR-TB).

While TB is strongly controlled in Australia, the disease places a heavy burden on many countries in the Asia-Pacific region and represents a risk to regional and global health security.

The Asia-Pacific region has more than half the world’s TB cases and the majority of drug-resistant cases.

“The Australian Government supports the World Health Organization’s (WHO) End TB Strategy, and its goal to end the global TB epidemic by 2035,” Minister Ley said.

The Global Fund has resulted in 13.2 million people receiving TB treatment from 2002 to 2014. The number of deaths from TB declined 29 per cent between 2000 and 2014 in countries where the Global Fund invests.

Domestically, the Australian Government, along with states and territories, continues efforts to maintain low levels of TB in Australia.

The Australian Government released Australia’s First National Antimicrobial Resistance (AMR) Strategy in 2015, which will tackle the threat of antibiotic resistance.

Under the AMR Strategy, Australia will fund partnerships that bring new medicines, diagnostic tests and vaccines to market, with a focus on drug-resistant TB.

The Strategic Plan for the Control and Elimination of Tuberculosis in Australia:
2016-2020 is currently being drafted by the National Tuberculosis Advisory Committee (NTAC) and will align with the World Health Organization’s End TB Strategy.

The Australian Government Department of Health reports on TB data in Australia. These reports are published online in the Communicable Diseases Intelligence journal.