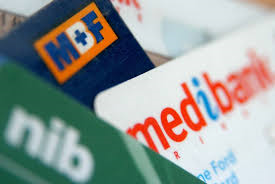 The Turnbull Government will reduce the cost of thousands of medical devices ranging from pacemakers and lenses to knees and hips by half-a-billion dollars to take pressure off private health insurance premiums for Australians.

Minister for Health Sussan Ley today announced reforms to regulations that have seen the cost of some medical devices inflated by thousands of dollars for private patients, which they pay for through higher premiums.

Ms Ley said the Turnbull Government’s action was good news for consumers and the onus was now squarely on private health insurers to pass on lower premium increases to their customers from next year.

“We are a Government that has consulted, listened and acted on prostheses to deliver balanced reforms to ensure we keep private health insurance affordable while maintaining full patient access to medical devices,” Ms Ley said.

“Consumers made it clear in droves through our online survey that they don’t feel they are getting the best deal from their health funds. “Unlike Labor, we have a plan to ensure consumers receive better value from their private health insurance and today’s announcement is a clear and decisive down payment on further reforms.

“Our prostheses reforms provide private health insurers with certainty over a reduction in their costs on medical devices to the tune of half-a-billion dollars over the next six years.

“We have taken action as promised and it’s now time for insurers to deliver on their promise to substantially lower premium increases for their customers next year.

“But we’re not stopping there and will also continue to deliver on our election commitments to deliver consumers better value for money by weeding out junk policies and simplifying policies so it’s easier to shop around.” The Turnbull Government’s prostheses reforms include:

Ms Ley said the reductions were made to tackle inflated costs on the Prostheses List compared to public system prices, based on the recommendations of the Industry Working Group on Prostheses Reform, whose report was released today.

The Chair of the Industry Working Group, Emeritus Professor Lloyd Sansom AO, reviewed data submitted by device sponsors and public hospitals as part of his findings, which also warned about the need to balance the impact of reductions on various parts of the supply chain.

Ms Ley said she was committed to working with all members of the private health insurance sector – including insurers, hospitals and device manufacturers – to roll out the Turnbull Government’s broader reforms through its Private Health Ministerial Advisory Committee.