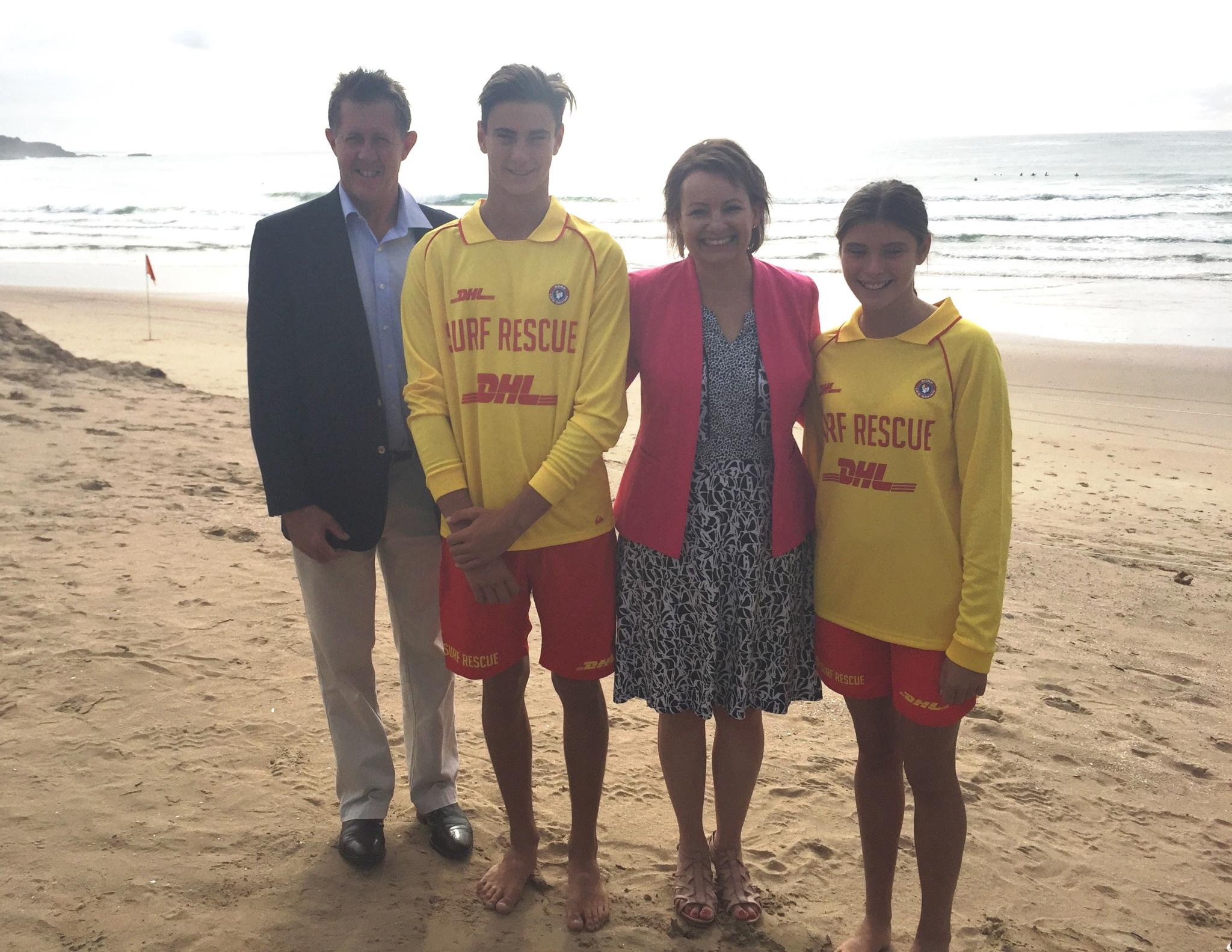 The Strategy continues the AWSC’s goal of reducing fatal drowning by 50% by the year 2020. It outlines priority areas in which Australian peak water safety bodies Royal Life Saving, Surf Life Saving and AUSTSWIM, AWSC Members and Federal, State/Territory and Local Governments must work together to prevent drowning.

• children under five,
• coastal and inland waterways,
• and those from Cultural Linguistically Diverse Communities and Aboriginal and Torres Strait Islander backgrounds.

Alcohol and/or drugs is known to be a factor in 34% of drowning deaths.

Males are four times more likely to drown than females.

In launching the Strategy, AWSC Convenor Justin Scarr said “Strong progress is being made in reducing drowning risk, particularly among children, as well as increased emphasis on eliminating factors that contribute to drowning deaths in coastal locations and inland waterways. The new Strategy calls for an increased focus on men who drown at rates four time higher than women, often whilst under the influence of alcohol and other drugs.”

The Strategy identifies 11 goals across three priority areas where action is required in order to achieve a 50% reduction in drowning by the year 2020.

Success has been seen in the reduction of fatal drowning among children under five, development of drowning prevention plans targeting known drowning blackspots in coastal and inland waterways, and in focusing attention on the reduction of drowning, with all water safety organisations and most State/Territory Governments aligning actions to the Strategy.

Support from the Australian Government is invaluable in the efforts to prevent drowning across Australia. This support is critical in achieving many elements including, the conduct of research, the delivery of programs and services through to the implementation of initiatives aimed at increasing awareness and skills to both the general community and those at risk. Lifeguard, lifesaving and other water safety services and programs all contribute to the saving of lives and reduction in drowning through active service delivery as well as training and education.

“We are lucky to have access to some of the world’s most beautiful waterways and beaches here in Australia. But sadly, around 300 people lose their lives to drowning each year,” the Minister for Health, Aged Care and Sport the Hon. Sussan Ley MP said.

“We must continue efforts to promote and improve water safety, and do all we can to educate Australians – as well as our overseas visitors – about the risks involved.”

“We are absolutely committed to achieving the Australian Water Safety Council’s target of reducing drowning by 50 per cent by 2020.”

“That’s why we are working with Australia’s key water safety agencies to identify priority areas we need to address to reducing drowning,” Ms Ley said.

Drowning as a result of alcohol and drugs is a major concern. An average of 94 drowning deaths every year are known to involve alcohol and/or drugs, with 46% of these occurring in rivers, creeks and streams. The AWSC is calling for a coordinated approach and consistent messaging to highlight the risks of consuming alcohol during or prior to aquatic activity, including partnering with boating and fishing groups.

The Strategy recognises that drowning is often non-fatal, with many people and families impacted by drowning incidents that leave lifelong impacts on a person’s health, social and economic outcomes.

“Recent studies in children 0-19 years show that for every one drowning death, a further nine children are hospitalised as a result of a drowning event and survive, often with lifelong consequences,” Mr Scarr said.

An average of 30 children aged 0-4 years drown every year, with 78% of deaths occurring following a fall into water. The AWSC is calling for the strengthening of child drowning prevention programs that reinforce the importance of supervision, pool fencing, water familiarisation and CPR education.

The Strategy calls on local and state/territory governments to strengthen compliance and enforcement of four sided pool fencing.

The AWSC reports that an average of 108 people drown in coastal waters (beaches, oceans, harbours and coastal rocks) every year, with males accounting for 87% of those deaths.

“The AWSC is recommending the implementation of coastal safety campaigns and programs to address the root causes of drowning, targeted towards high risk populations, as well as expansion of the coastal black spot identification program,” Mr Scarr said.

The AWSC reports an average of 105 people drown in inland waterways (rivers, creeks, streams, lakes, dams and lagoons) every year, with males accounting for 82% of these deaths.