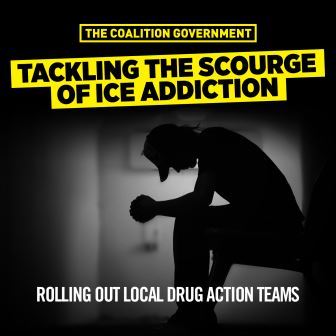 The Yarkuwa Indigenous Knowledge Centre is set to join forces with the Australian Government’s National Ice Action Strategy to help tackle the local abuse of drugs and alcohol.

“Yarkuwa will receive initial funding of $10,000 to deliver support services in Deniliquin and surrounding communities at Caldwell, Hartwood, Morago, Stud Park and Willurah.”

“This local funding is part of $19.2 million to support local health teams in promotion, education and mentoring programs, as well as support for vulnerable people to minimise their risk from alcohol and drugs”, Ms Ley said.

Over the next three years, 220 Local Drug Action Teams (LDAT) will be established across the country, to develop local action plans to reduce the impact of drugs, with a particular focus on Ice.

The first 40 Local Drug Action Teams rolled out in April this year to help deliver local drug and alcohol forums for parents and students, mentoring and professional training for at-risk young people, school based reduction programs, and the role of local sporting clubs.

Farrer funding for the Yarkuwa Indigenous Knowledge Centre is in addition to a Round 2 allocation for the Northern Mallee Community Partnership which will provide programs into Wentworth, Dareton and Coomealla.

Interested community groups can apply for the next round of LDAT funding through the Alcohol and Drug Foundation.