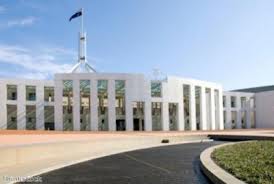 Jason, let’s start with you…we’ve got small businesses across this country begging for staff across all industries, yet there aren’t enough available jobs to clear those dole queues…what’s gone wrong here?

JASON CLARE
Well, I think we’ve got a skills mismatch. You’ve got Aussies out there that want the jobs but don’t always have the skills they need to get the jobs. You know, we’ve got fewer Aussies in apprenticeships and traineeships today than we had 10 years ago. If we can fix that by doing things like providing free TAFE courses, for Aussies, in areas where we’ve got skill shortages, that’ll make a big difference.

But we’ve also got to look at things like skilled migration. The fact is, the borders were shut for two years, that means there weren’t skilled migrants coming in to do some of these jobs. It’s one of the things that we’re going to have to look at the Jobs Summit in a couple of months time.

BARR
Jason it’s not just that, the hotel industry, the hospitality industry has got over 100,000 workers (needed), they say we don’t care what you do, we don’t care where you’ve come from…just come on in, they can’t get people.

CLARE
Or restaurants, or shops. It’s not just in the big cities, it’s in the smaller regional areas as well, Sussan would be able to talk to that as well. We’ve got a skill shortage in lots of different areas and it’s incumbent on all of us to look at what are the ways that we can skill up Aussies to do those jobs. Skilled Migration should always be a short term answer to this, not a long term solution.

BARR
Sussan, industry groups begging for urgent help here, some businesses can’t even open at certain times of the day because they can’t get staff. How do we make it easier to bring in foreign workers…is there a hold up there?

SUSSAN LEY
Well Nat, Jason has done a really good job of diagnosing the problem. We all know what the problem is, businesses are struggling, owners of small businesses are working impossible hours and asking their workers to do the same.

This is an early test for the Albanese government, we got the unemployment figures exactly where they need to be. Now, this needs to be turned around. And I’m just interested in how many industries, businesses, small medium enterprises, mum and dad family businesses, Labor has met with, compared to how many unions they may have met with.

It’s really important to bring the businesses to the heart of this problem and help fix it. And by the way, a job summit in a couple of months…well that’s putting things on the back burner, it sounds to me like another review.

LEY
Nat, it’s not it’s not about blame…and no, we didn’t leave a mess, we left a really, really good set of numbers and everybody could see where the economy was heading, and everyone knew the borders were opening…and knew workers where businesses would need a workforce.

So, it’s about this government being in the chair having to fix it, not turning themselves into a small target, which they’ve got very good at, but actually fixing the problem.

BARR
Jason Clare, hasn’t she got a good point, a job summit in a couple of months, people have been crying out for this for many months.

CLARE
They’ve been screaming about it for years, and I’m not going to go trailing into the past about the mistakes, the former government made…(Barr interrupts)…

One of the things Bob Hawke did when he became prime minister was bring business and unions together, working with government to fix some of the big economic challenges in the economy back then.

This is what we’re going to do this time around…and it’s not just unions, it’s business as well.
It’s not telling them what we think should happen, it’s listening to them and working with them. One of the reasons that unemployment is as low as it is, is because the borders were shut, skilled migrants didn’t come in, businesses had to employ Aussies and skill them up, but there’s still more work to do to make sure that Aussies have got the skills that they need…and that will be a big part of the discussion at the Job Summit.

BARR
Okay, the Therapeutic Goods Administration has given Pfizer the green light to apply for approval to use its vaccine on kids from six months. Jason, are you confident this uptake for kids under five will be as quick as it needs to be?

CLARE
Well there’s a process that needs to take place with the COVID vaccine for little ones. I think Mark was talking about that with Michael just before seven o’clock, it’s got to go through that TGA and ATAGI process.

Let that process take its course – I think kids in the United States just in the last week or so, are starting to get vaccinated there. But in the meantime, in the middle of winter, when flu is running wild it’s important that little kids from six months and up get the flu vax. So, if there’s a message there for parents around the country, it’s make sure that kids get a flu vaccination this winter.

BARR
And Sussan, the Health Minister has ordered a review into our COVID vaccine supply, you worried about what they might find?

LEY
Well, Australians want their government to hit the ground running, not reviewing!.
70% of Australians have had their third booster and only a third of those who have to have a fourth booster have indeed had that…so it’s really important.

I’ll be out there today urging people to get vaccinated where they haven’t been, and to remind them that the vaccines are safe, that they’re efficient, they work, and that you must get vaccinated to protect yourself and your family. And that’s the most important thing for this government to focus on…protecting the population.

…making sure that we’ve got the vaccines we need, as this virus mutates over the course of the next few years

BARR
Just quickly, will the review look into whether the vaccine program went wrong?

CLARE
No, no, as Mark mentioned to Michael a moment ago, it’s not looking backwards but it’s making sure that the contracts we’ve got at the moment are right, that we’ve got the stockpiles we need but also knowing, as we’ve seen in the US, that the virus is mutating and that there are variants and sub variants of the Omicron virus, that we’ve got the vaccines that we need, not just now but in the years ahead.

BARR
Ok, thank you both.