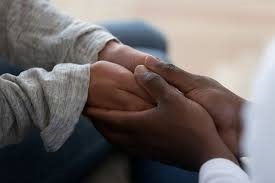 The Australian Government is increasing suicide prevention grants to organisations across the country, to help reduce Australia’s suicide rate towards zero.

Organisations in Farrer can now apply for funding through the $114m National Suicide Prevention Leadership and Support Program, of which suicide prevention support for at-risk populations and communities will total $64.5m.

At-risk populations and communities include, but are not limited to, younger people, men, LGBTIQA+ people, veterans, Aboriginal and Torres Strait Islander peoples, and those living in rural or remote communities.

Local MP Sussan Ley says supporting the mental health and wellbeing of Australians is a national priority, and something the Morrison Government is deeply committed to.

“The last two years have been a particularly difficult time for many people in my electorate, with COVID-19 taking an extra toll on their mental health and wellbeing,” Ms Ley said.

“There are many organisations in Farrer which have stepped up and have been working tirelessly to support those who are struggling, and I encourage these organisations to apply for this grant opportunity.”

“We know that men are three times more likely than women to take their life, but less likely to access mental health support. We also know that people in rural and remote Australia have a much higher rate of suicide than people living in our lager cities.”

The National Suicide Prevention Leadership and Support grants program is now open for applications until 28 January 2022. For more information go to www.grants.gov.au.