My submission to the Standing Committee on Agriculture and Water Resources inquiry into water use efficiency in Australian agriculture. 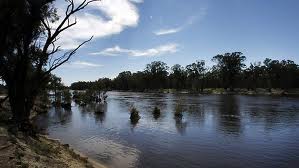 The House Standing Committee on Agriculture and Water Resources

Thank you for the opportunity to provide a submission to your inquiry into water use efficiency.

My electorate of Farrer is the home of irrigated agriculture. Murray Irrigation, Murrumbidgee Irrigation, Coleambally Irrigation and Western Murray Irrigation are the main districts, but there are many smaller schemes such as West Corurgan, Moira and Hay private irrigation districts as well as individual pumping licenses along our rivers and creeks. All of the rice grown in Australia is grown in my electorate. Farmers are beginning to diversify into cotton. We grow wine and table grapes, citrus, nuts, chicken meat, vegetables and cereals, all using the most up to date, innovative irrigation systems. Irrigation farmers invest more, risk more and produce more.  Importantly they are younger than the average farmer!

The importance of value adding cannot be over-emphasized and it is exists far more in irrigated than non-irrigated agriculture.  Rice, chicken meat and wine are well known examples but something people may not know is that the hazelnuts inside Ferrero Rocher chocolates are grown near Narrandera. Value adding of primary produce is a critical driver of jobs in regional Australia.

The water buyback that was launched by Minister Penny Wong – and thankfully moderated somewhat by her successor Tony Burke – had a savage effect on irrigated agriculture in the southern Murray Darling Basin. The reason for this is that it was non-strategic.  Individual farmers under financial pressure from the long drought and their banks, sold water to the commonwealth via a murky tender process designed to get the best deal for government while leaving communities with the worst of all possible worlds.  The “swiss cheese” effect of this buyback mean that irrigation corporations had to maintain inefficient sub systems going past farmers that had sold their water in order to supply water to farmers that remained.

It is true that some farmers received high prices for water and left the district.  Some that invested on farm, did well too, notwithstanding the high price of temporary water.  The MDBA often measures the socio economic effect of the Basin Plan in terms of these successes but not the community wide drop in economic activity. I watched whole towns lose their young people, close small businesses and increase their welfare bill.

Griffith is known as the town where they burnt the Basin Plan. Deniliquin is widely accepted as the town that suffered the most from Labor’s harsh water buyback. Wentworth, where the Murray meets the Darling, is home of intensive horticulture. It struggled for years under appallingly low commodity prices for wine grapes and dried fruits, our small farmers being unable to win a contract war against big wineries and food companies. But I can attest to the resilience of my constituents, whether they be the farmers who are directly affected or the small businesses that open with pride every morning, even though the customers cannot afford to spend what they used to.

When you live on the land you understand the big picture. When you live close to your natural surroundings you appreciate that there has been over-allocation of our river systems and that further steps were needed to secure a healthy working river for a sustainable environment and sustainable communities.

But we are at a tipping point with the Murray-Darling Basin Plan. I say that because there is a crisis of confidence in the communities I represent. They are on board with the plan, but only just. We are in the process of finalising the projects that will provide 650 gigalitres of offsets to bridge the gap between the total diversion limit of 2,750 gigalitres and the water that has been brought back already. A technical complexity means 106 gigalitres of the 650 gigalitres could still need to be found from productive agriculture, so I am calling for an amendment for the basin plan to lock in a cap on recovered water of 2,100 gigalitres.

What upsets my farmers greatly is what they see as a last-minute political deal which allows a further 450 gigalitres of so-called upwater to be recovered, increasing the total 3,200 gigalitres. This 450 gigalitres can only be recovered through on-farm efficiency measures and there is a socioeconomic neutrality test, but these safeguards are insufficient. On-farm irrigation efficiency programs come with a cost. The cost is that producers have to give up water to the environment in return for the upgrades. Often their farm program cannot continue unless they purchased temporary water every growing season. The price of this water is something that cannot be forecast. What this means is that sometimes it makes no economic sense to grow anything at all, so the expensive irrigation systems are underused. A common analogy is that there is no point in having a Ferrari parked in your garage if you cannot actually drive it. The socioeconomic test does not apply to people who are not directly participating in the program and does not take into account the cumulative effect of all water recovery programs.

The recent floods have triggered remarkable fish and bird breeding events and the subsequent watering has great potential to restore and enhance the environment. But there are also challenges where it seems that remote wetlands are watered for no reason, blackwater events kill fish or too much timber lying in the river causes an unwanted over-bank flood. The environmental watering plan is based on outcomes, not flows. Flow rates are used to get the numbers in the plan. The numbers are based on models that are highly contentious. If we accept that we have to start somewhere—and we do have broad agreement around the need for a plan—then in order for us all to work together to achieve the right balance we need to take the 450 gigalitres of upwater off the table and give the environmental watering plan time to work.

If you are a person passionately committed to the environment—even at the expense of farmers—then you should want this too, because if the fragile consensus breaks apart then the consequence will be that the communities I represent will walk away. I stress that this is not an us against South Australia issue. The 450 gigalitres should be paused and no further work should be done in anticipation of increased flows unless and until we see that it is needed and it can be delivered.

In summary and with respect to your terms of reference I submit the following:

The adequacy and efficacy of current programs in achieving irrigation water use efficiencies;

Current programs have allocated significant taxpayer dollars towards ‘in system’ and ‘on farm’ upgrades eg COFFIE, PIIOP and OFIEP.  The quantum probably cannot be increased however there is an argument that further flexibility around the rules of these programs could be introduced. Feedback from irrigation corporations could be taken into account to redesign such programs to be more focused on utility for farmers and less focused on the amount of water recovered.

How existing expenditure provides value for money for the Commonwealth;

The Productivity Commission takes a ‘value for money’ approach when it comes to water allocation issues but water recovery in the Murray Darling Basin is far more complex.  Proper socio-economic analysis and a higher recognition of the fact that the entire regional economy depends on agriculture should underpin government policy in this area.

Possible improvements to programs, their administration and delivery;

One important improvement involves government and the water trading market.  Recent amendments to the Water Act mean that the Commonwealth Environmental Water Holder (CEWH) can sell water in certain circumstances. The proceeds of such sales must be spent getting a better environmental outcome than the water itself eg ameliorating constraints to improve environmental flows. The question farmers have is at what point does the water held by the CEWH become surplus to requirements? If there was a point in the accounting of water being held by the Commonwealth where water held over and above a certain volume would be sold back to farmers, this would benefit not just the farmers but government revenue.

The water trading market is relatively unsophisticated but one thing is certain – the removal of so much water from the consumptive pool is driving up its cost.  In addition the price of temporary water is much higher than anticipated so for producers whose farming programs rely heavily on temporary water their operations are less viable than they once were. We cannot predict rainfall but we should be able to find a way to allocate surplus water back to agriculture.

Thank you again to the Committee for the opportunity to make these points.  May I suggest that you also meet with the CEWH who I believe will be able to add an important perspective to your deliberations.