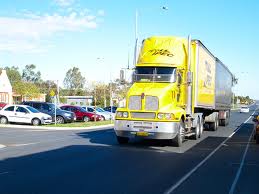 In response to the Road Safety Remuneration Tribunal’s refusal to delay the introduction of new minimum pay rates for truck drivers, the Australian Government is urgently seeking that the Federal Court keep existing arrangements in place.

The Government shares the widespread community concern about the impact of the new laws on owner drivers and the short implementation process for such drastic changes.

I can also confirm that the Australian Industry Group (AiG) has this evening lodged an urgent application to the Federal Court to prevent the Road Safety Remuneration Order taking effect on Monday.

The Commonwealth supports AiG’s application and shares AiG’s concerns about the decision of the Tribunal and its impact on owner-drivers. The Government has been advised that ACCI and the NSW Chamber of Commerce will also intervene in support of this application.

This gives an indication of the level of concern in the industry about the Payments Order and the reasons for the Tribunal’s decision to not delay its commencement, notwithstanding the hundreds of submissions made by owner drivers about how they have not had sufficient time to understand the Order, and the Government’s support of a delay.

The Government will be asking the Federal Court to hear this urgent application over the weekend, with a view to preventing the Order coming into operation on Monday 4 April. Existing arrangements should remain in place until the Court has an opportunity to consider the arguments the parties will be making in the near future.