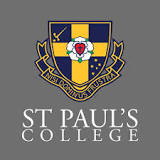 St Paul’s College in Walla Walla will soon have expanded facilities to house its boarding students after receiving a $650,000 Australian Government grant.

In announcing the grant, local MP Sussan Ley said “the school is seeing exceptional growth in student numbers, particularly in boarders, with a doubling in demand over just a few short years”.

“I am delighted to see such substantial funding from the Commonwealth and equally happy the construction contract has been allocated locally, which is vital in advancing our region’s economy and employment”, Ms Ley said.

The Federal Government’s $650,000 is being matched with a school contribution of $128,885 and will see boarding, catering for up to 20 new students, opened by the middle of this year.

Senator the Hon Scott Ryan, Parliamentary Secretary to the Minister for Education, said the CGP provides funding for non-government schools to improve capital infrastructure where they otherwise may not have access to sufficient resources.

“The Australian Government is committed to improving the quality of our school education and ensuring students are equipped with the skills they need to succeed in an increasingly competitive world,” Senator Ryan concluded.