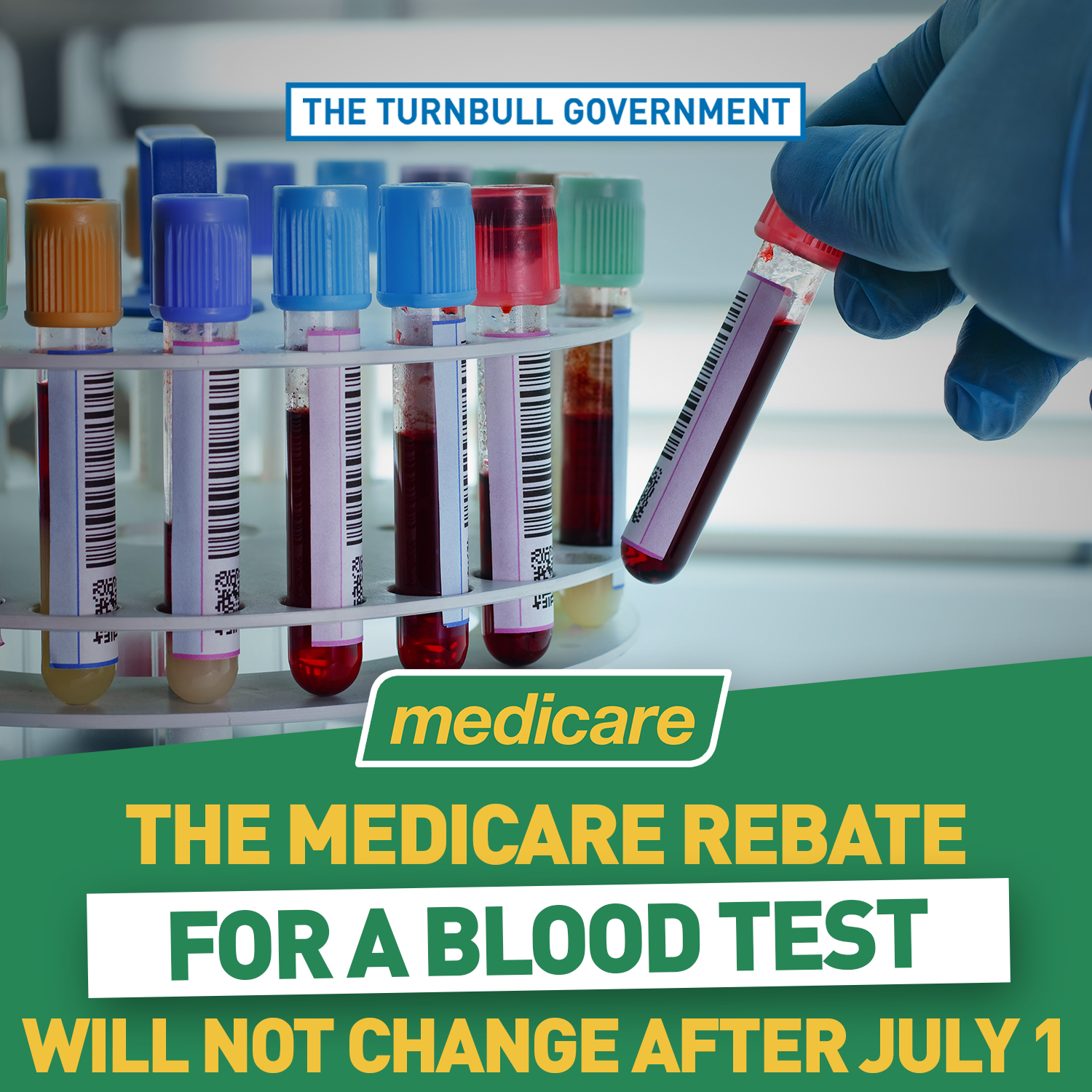 Bill Shorten today continues his campaign backing the record profits of multinational pathology companies over patients, with another visit to an ASX-listed company pushing to charge patients more for vital tests, under the cover of a different name.

Mr Shorten is today making his second visit to ‘Melbourne Pathology’ this year – whose website makes it clear they are part of the multinational Sonic Healthcare Group that recorded $2 billion in “record” profits since the bulk billing incentive was introduced in 2009/10:
“Today we form part of Sonic Healthcare, an Australian owned company that is one of the world’s largest diagnostic medical companies.” http://www.mps.com.au/about-us/overview.aspx

Taxpayers have also paid over $13.8 billion to pathology providers, including multinational Sonic, during the same period, with just $500 million or 3% of that making up the bulk billing incentive.

Yet, since 2009/10, when multinationals like Sonic began receiving the bulk billing incentive, pathology bulk billing rates only increase 1 per cent, despite their record $2 billion in profits.

Despite this, Mr Shorten still supports multinational pathology companies like Sonic charging patients $40 for a papsmear or blood test over the loss of an inefficient payment worth just $1.40 to $3.40.
“SHORTEN: Everyone knows that if you cut the funding for bulk billing incentives, what will happen is that pathology laboratories will have to increase the cost and have to introduce a co-payment.”

So what is Mr Shorten’s solution?
“Labor says why not get multinationals to pay their fair share.”
– 15 January 2016 – Press Conference ‘Launceston Pathology’, also owned by Sonic Healthcare Group

So there real question today is why is Bill Shorten in bed with multinational pathology companies and why isn’t he asking them to pay their fair share?