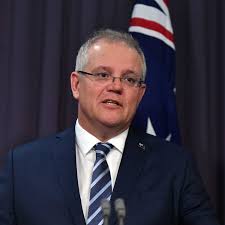 The National Cabinet met today to discuss Australia’s COVID-19 response, the Victorian outbreak, easing restrictions, helping Australians prepare to go back to work in a COVID-safe environment, border restrictions and getting the economy moving again.

The Acting Chief Medical Officer, Paul Kelly, provided an update on the measures underway, the latest data and medical advice in relation to COVID-19.

There have been more than 26,000 confirmed cases in Australia and sadly 737 people have died.

National Cabinet has agreed to a suppression strategy for COVID-19 with the goal of no community transmission. Seven of Australia’s eight states and territories are successfully suppressing COVID-19, enabling most Australians in those jurisdictions to live and work in a COVID-safe economy.

However, National Cabinet noted that there had been some relaxation in community attitudes towards social distancing. National Cabinet recommitted to providing all necessary support to Victoria during this very difficult time.

National Cabinet noted the release of the June quarter National Accounts highlighted the devastating impact on the Australian economy of the COVID-19 global recession. While efforts by the Commonwealth and state and territory governments have helped to cushion the blow, many challenges remain on the road to recovery.

National Cabinet agreed on the need to work together cooperatively for the benefit of all Australians and as a Federation of the Commonwealth, states and territories. We need to continue to protect people’s health but we also need to find the road back from the economic crisis that COVID-19 has generated.

The Commonwealth, New South Wales, Victoria, Queensland, South Australia, Tasmania, the Northern Territory and the Australian Capital Territory agreed in-principle to develop a new plan for Australia to reopen by Christmas, including the use of the hotspot concept for travel between jurisdictions.

This plan will build on the three-step plan released in May 2020, with work continuing through the Australian Health Protection Principal Committee (AHPPC) and the National Coordination Mechanism. Further components of the plan will be submitted for review at the next meeting.

The paper presented to National Cabinet, provides quantitative and qualitative metrics to determine COVID-19 hotspots for the purpose of the provision of Commonwealth support. Decisions would be based on a threshold of:

• The Commonwealth trigger for consideration of a COVID-19 hotspot in a metropolitan area is the rolling 3 day average (average over 3 days) is 10 locally acquired cases per day. This equates to over 30 cases in 3 consecutive days.

• The Commonwealth trigger for consideration of a COVID-19 hotspot in a rural or regional area is the rolling 3 day average (average over 3 days) is 3 locally acquired cases per day. This equates to 9 cases over 3 consecutive days.

Once the trigger has been activated, further analyses would be performed by the Commonwealth to assist a discussion between the Commonwealth Chief Medical Officer and the state/territory Chief Health Officer.

The Commonwealth will work with seven states and territories to refine the definition of COVID-19 hotspots. Officials have been asked to continue the development of the final definition and protocols for its application.

National Cabinet noted that Western Australia has specific circumstances which mean that it will not subscribe to the reopening plan and timetable, but it will continue to participate in discussions on its development.

The Code delivers consistent approaches to facilitate the movement of critical agricultural industry workers across domestic borders where border restrictions are in place. The Code is important in mitigating animal health, welfare and biosecurity risks.

The Code is a risk-based approach. Permits or an equivalent approval, with appropriate conditions, will be applied to reduce the risk of COVID-19 being transmitted to regional areas.

All states and territories, where possible, agreed to work with the Commonwealth to increase the number of international flights to their jurisdiction to enable more Australians to return home.
National Cabinet agreed the Commonwealth will work with airlines to identify opportunities to boost arrivals into cities with available quarantine capacity.

Leaders agreed to the tasking for the Energy National Cabinet Reform Committee. The Committee will progress critical reform of the energy system as a key component of Australia’s economic recovery. It will work to ensure an affordable and reliable energy system to support job creation and economic growth for the long-term benefit of customers.

The Committee’s work program will focus on developing:

• Immediate measures to ensure reliability and security of the electricity grid ahead of the 2020-21 summer;

• The redesign, by mid-2021, of the National Electricity Market to take effect after 2025; and

• A package of reforms, by July 2021, to unlock new gas supply, improve competition in the market and better regulate pipelines.

These reforms will ensure the market serves consumers by promoting efficient investment, operation and use of energy services, and by delivering secure and reliable energy at least-cost.

National Cabinet thanked CFFR for its work and noted further work is underway to safeguard the proliferation of future small agreements and reporting burdens.

National Cabinet was briefed by the Bureau of Meteorology on the national outlook for the high risk weather season (Spring-Summer 2020-21), in particular the likelihood of La Niña and what that means for the risk of natural disasters occurring.

National Cabinet agreed that Emergency Management Australia would convene Commonwealth, state and territory authorities to ensure a seamless arrangement for the movement of emergency personnel between states and territories in a COVIDSafe and timely manner.

National Cabinet noted the significant impact of the COVID-19 pandemic on mental health and committed to provide increased support as needed.