Recycling centre to bring new investment and jobs to Hay 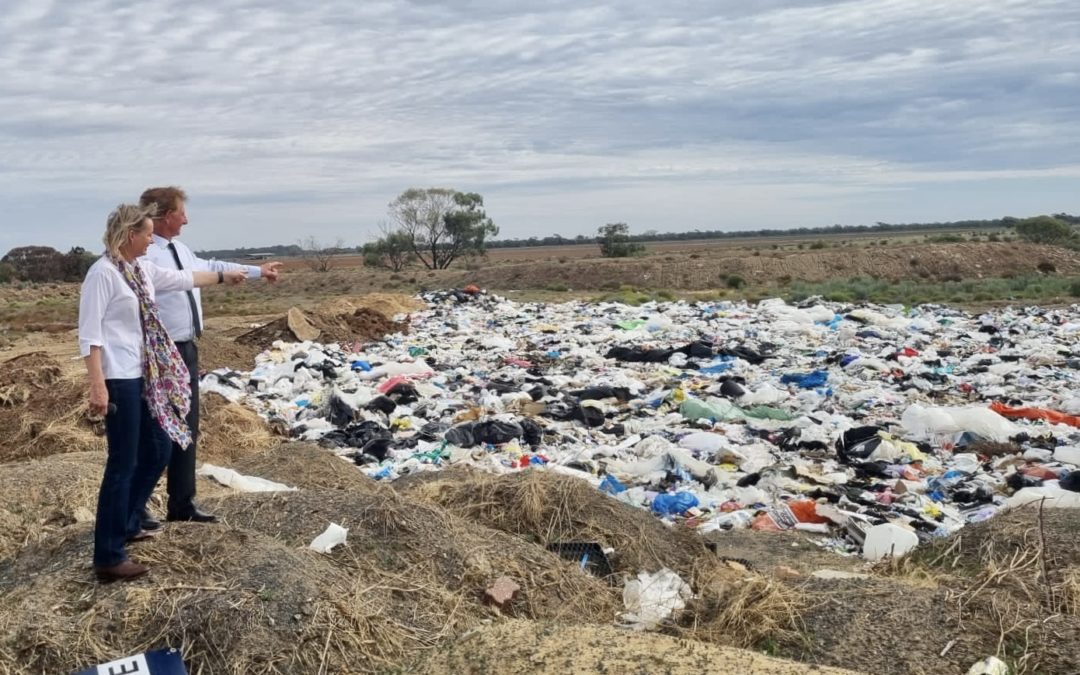 Farrer MP and Minister for the Environment Sussan Ley has announced more than $900,000 in Commonwealth and State funding for Hay Shire Council to construct a $1.8 million materials recovery facility under the Morrison Government’s Recycling Modernisation Fund (RMF).

Minister Ley said that the Hay Materials Recovery Facility (HMRF) will give residents across the local council areas of Hay, Balranald, Edward River, Murrumbidgee and Carrathool access to a regional recycling solution to recover and recycle plastic, glass, paper/cardboard and tyres.

“Like many regional areas in Australia, all of Hay’s kerbside collection goes direct to landfill, along with most of its other waste,” Minister Ley said.

“This is a plant that will recycle 6,400 tonnes of waste every year, creating jobs during construction and operation.

“Through the RMF, I have been working with the NSW Government to create jobs and ensure that regional Australians have access to recycling opportunities.

“This regional facility with a new sorter, crusher, shredder, and baler—will recycle plastics, glass, paper/cardboard and tyres as well as construction and demolition waste for approximately 20,000 people and their supporting businesses.

The project is part of a targeted regional funding initiative under the RMF and there will be further announcements with the NSW Government in the near future.”

More information on the Recycling Modernisation Fund is available here.