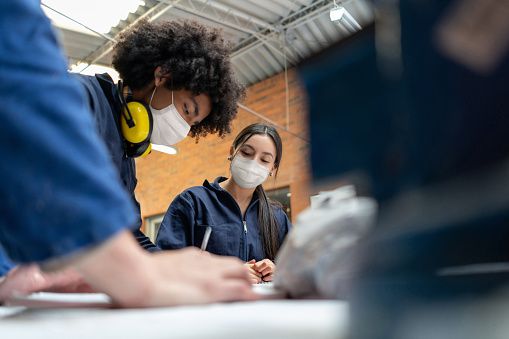 Data released by the National Centre for Vocational Education Research (NCVER) has cemented the Coalition’s strong legacy in strengthening the Australian skills and training system. The momentum and policy settings put in place under the Coalition has delivered another record result with trade apprenticeships hitting a new record high in June 2022.

The latest data from NCVER shows there were 415,240 apprentices and trainees in-training as at 30 June 2022, 21.6 per cent higher than at the same time in 2021. NCVER’s data confirmed the number of trade apprentices in-training increased by 11.8 per cent to hit a new record high in the weeks after government changed hands—hitting 241,860 in June 2022.

This new data, which shows there has never been more Australians taking up a trade apprenticeship thanks to signature Coalition skills policies, completely undermines claims being peddled by the Albanese Government that they inherited a skills system in decline. The data confirms this is simply not true.

Deputy Leader of the Opposition and Shadow Minister for Industry, Skills and Training Sussan Ley said NCVER’s official update was the final nail in the coffin for Labor’s flimsy claims that the Coalition did not deliver for Australian skills.

“Today’s data demonstrates the policies we put in place saved a generation of Australian apprentices from the scrap heap, is this what the Prime Minister means when he says there is nothing to show for the Coalition’s investments through the pandemic?” the Deputy Leader said.

“Labor promised cheaper electricity, cheaper mortgages and real wage increases at the election, we now know they’ve broken all three promises— keeping record numbers of Australian apprentices in work must remain a priority and not be allowed to be thrown off the side like Labor’s other election commitments.”

• $2.4 billion from 1 July 2022 to upskill apprentices by making employers eligible for 10 per cent wage subsidies in the first two years of hiring a new apprentice and a further 5 per cent in the third year;
• An extra $3.7 billion for skills training that could support an additional 800,000 training places through a new National Skills Agreement, and;
• The Skills and Training Boost, allowing small businesses with annual turnover less than $50 million to access a new bonus 20 per cent deduction for the cost of external training courses delivered by registered training providers.