Opinion: We’re back in choppy waters 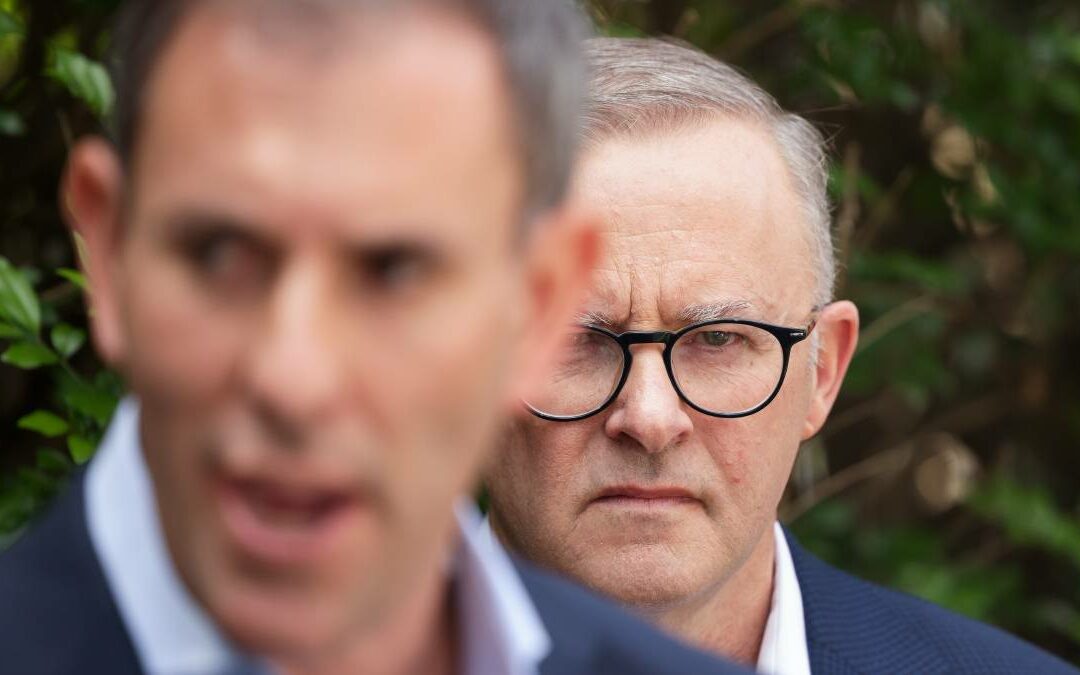 It is hard to imagine now, but just over one hundred years ago, thousands of Australians were forced to queue along the wharves of Sydney Harbour for a chance to snatch one of the few job tickets tossed to them.

If they failed, they had to walk back along the strip, aptly named the Hungry Mile. They would return to their homes empty handed and their families were left empty stomached.

At that time, the Scullin Labor Government got the economic response to the Great Depression disastrously wrong, and it had catastrophic consequences for Australians. Unemployment in Australia hit around 30 per cent.

That first-term Labor Government fell apart and was quickly voted out of office. In 2023, the United States, the United Kingdom and many countries in Europe are on the brink of recession. Australia is not immune to the global crisis.

We are not just headed for choppy waters, we are already swimming in them.

Interest rates continue to rise, placing significant stress on Australian households. Millions of people are seeing the pool of money left after mortgage repayments evaporating. As the majority of mortgage-holders come off historically low fixed rates this year, that’s only going to get worse.

Renters face increasingly unaffordable rents, and first homebuyers are finding it harder to borrow money.
More and more Australians are anxiously watching the numbers tick over at the supermarket as they pay more for less at the checkout.

The Australian economy is being hampered by inflation, with skyrocketing power and transport costs leaving no sector untouched.

Incredibly this week, amongst all this anxiety in the community, the Albanese Government told us ‘its economic plan is working’. How out of touch can you be?

The measure of this Government will be what happens to our economy and what happens to Australian families. Already we see concerning trends emerging in the Prime Minister’s approach. I am not so sure the right decisions are being made.

Election pledges and promises have been jettisoned and new mandates have been manufactured with such efficient orchestration that you wonder whether this was the plan all along.

Radical changes to the way the economy operates have been forced through with no consultation.
The most egregious example is Labor’s industrial relations changes which were not put to voters at the May election. The changes will increase industrial disputes and increase strikes, driving up inflation and accelerating job losses.

Labor’s radical intervention into the Australian energy market is clearly not working, has not reduced power prices and will decrease reliability over the medium term.

As a result of their half-baked energy intervention, Labor will pay out double the amount it has committed to its entire ‘Free TAFE’ policy on compensation payments to just two profitable resources and energy companies.

And now, at the worst possible time, Labor is preparing to increase taxes.

We know Jim Chalmers is desperate to repeal the Stage 3 tax cuts. It says everything about Jim Chalmers that his first instinct is to shirk the real challenge of bringing down government spending, which is driving up inflation and interest rates, and instead look to raid households for more of their money.

Peter Dutton and I believe you deserve to keep more of what you earn. The problem is that Anthony Albanese and Jim Chalmers think it’s their money to start with.

The Australian people voted for change at the Federal Election on the premise that the new government would deliver on its pledges.

Instead, we have a Prime Minister happy to break promises he made more than one hundred times, and legislate new commitments that he didn’t even mention once.

We want the Prime Minister to get the big economic calls right because history tells us what happens when you get it wrong.

We expect Labor’s Ministers to do a lot better than The Hungry Mile.

Seven months on from the election and it is clear Anthony Albanese has the wrong approach, the wrong instincts and the wrong priorities.

As we head into 2023, we should remember this Labor Government was elected on a promise that they would leave no on behind.

In two short years they will be judged on whether they have delivered on that promise.