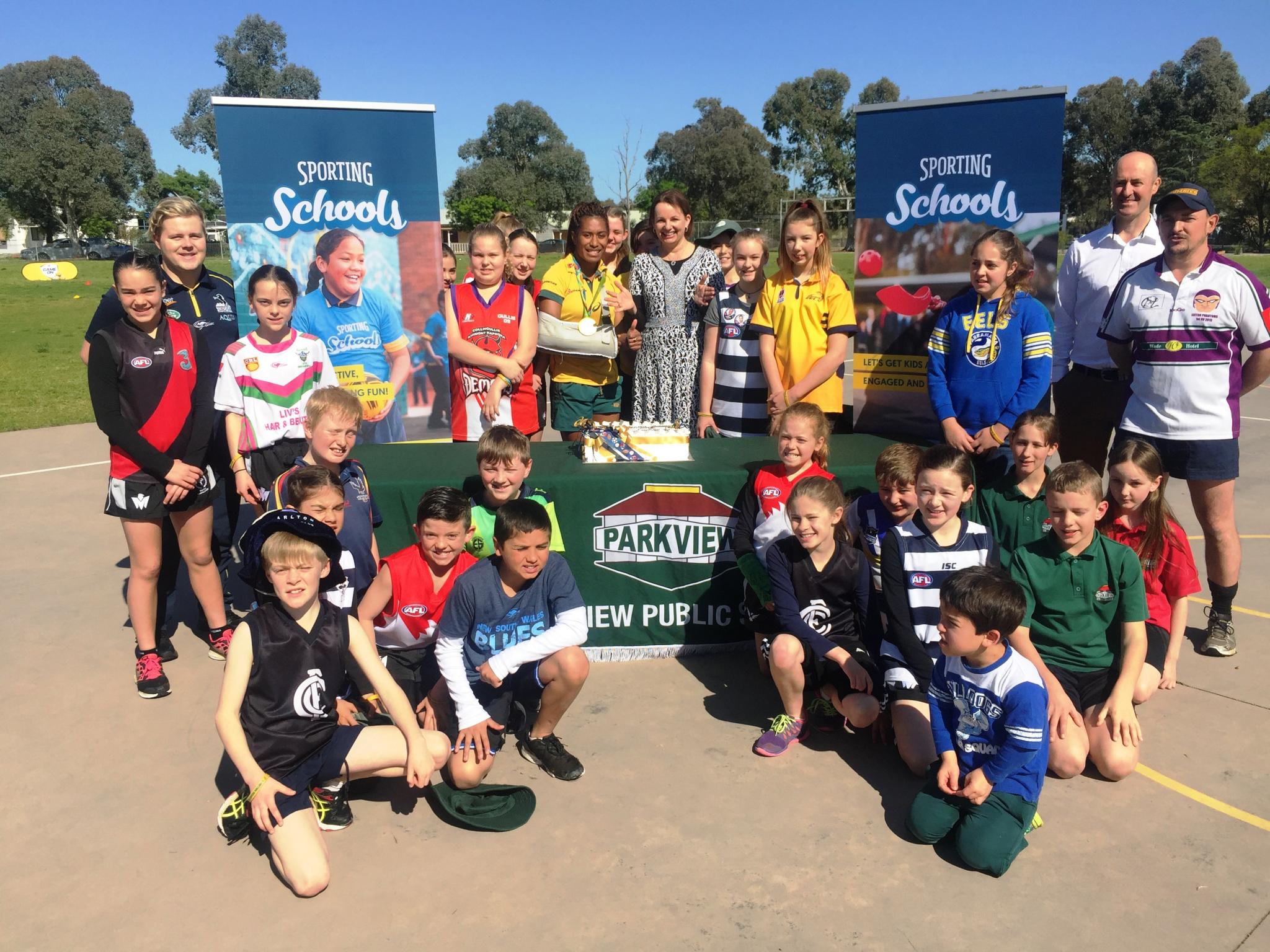 Federal Minister for Health and Sport, The Hon. Sussan Ley says there has been an overwhelming response to the Sporting Schools program since it began a year ago, with more than 6,000 schools already registered for this $100 million Australian Government initiative and 5,000 schools already funded.

More than 1.2 million primary school students have enjoyed a variety of sports, through the Australian Sports Commission’s partnership with more than 30 National Sporting Organisations (NSOs).

Minister Ley was joined by Rio Olympic Gold medallist for Rugby Sevens, Ellia Green at Parkview Public School in Leeton to mark the one year anniversary of the successful program.

“This is a program that’s way ahead of its target to get 5,760 schools funded by July next year,” the Minister said.

“With the additional $60 million the Turnbull Government is investing into this national program to expand its reach to years seven and eight, we anticipate the uptake will be just as enthusiastic.

“Plus, with the introduction of a new booking system which began this week, the ease with which schools can organise and schedule their Sporting Schools program, will add value to this initiative.

“Sporting Schools offers more than 30 nationally accredited sports from which schools can choose including rugby league, tennis and golf right through to water polo, orienteering and table tennis.

“We know that only one third of children do the recommended hour of physical activity every day.

“That’s where Sporting Schools is significantly changing this activity level so that Australia’s children are getting out, moving and playing with their friends, exercising their fundamental movement skills and developing skills for life, including resilience, respect and teamwork.

“The key driver of the Sporting Schools program is to get children committed to a life-long love of sport, which we know has enormously positive benefits for their health and well-being now and for the rest of their lives.”

Australian Sports Commission CEO, Simon Hollingsworth says the choice in sport for children is an important part of their pathway to a lifelong commitment to sport.

“By being able to select different sports children are able to exercise different fundamental movement skills and work together in different team work settings all of which contributes to a positive and fun environment for children.”

To find out more go to www.sportingschools.gov.au