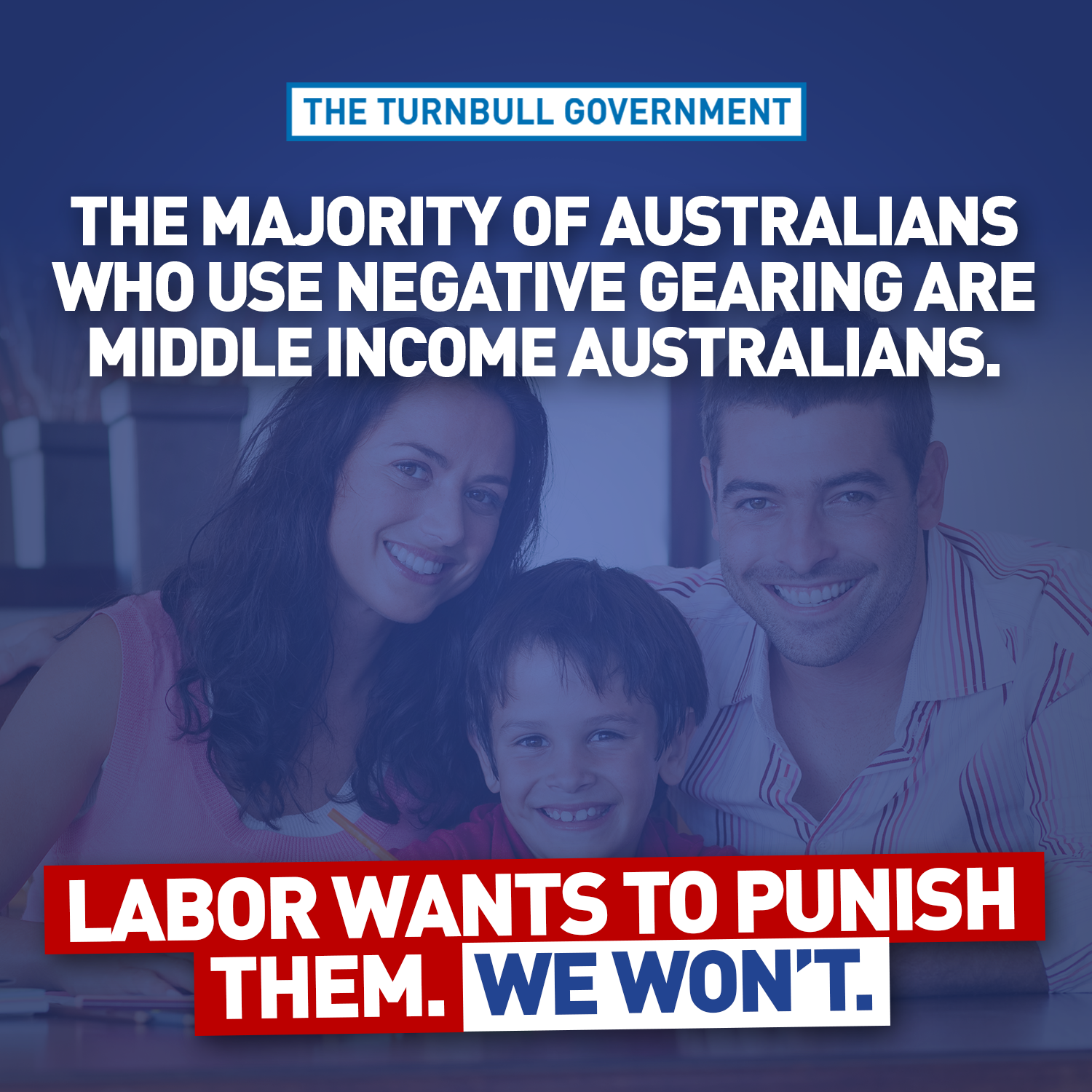 The Turnbull Government has said no to Labor’s disastrous housing tax proposal and no to Labor’s massive tax increase on investment because they are bad for Australian families and bad for economic growth and jobs.

“It is about time Bill Shorten and Labor explained to each of these 6,407 individuals in Farrer why they think building some modest wealth for their families is so egregious. This is just a tax increase to fund Labor’s spending addiction,” Ms Ley said.

“Locally, those who are negatively gearing have an average net rental loss of $5,475. If they weren’t able to negatively gear, those on the middle income tax bracket of 32.5c would face an annual tax increase of $1,779. Most of these middle income earners are investing in established housing, which Labor wants to ban,” said Ms Ley.

Labor wants to impose bans on negative gearing so that middle income investors will have to compete with larger numbers of wealthy investors for a much smaller pool of new housing stock, crowding them out of the opportunity they have right now.

Labor’s proposal will take up to one third of buyers out of the housing market, which will reduce the value of homes. Driving down the value of the most important asset for most Australians is not a strategy for economic growth and enhanced prosperity for the Australian community.

The Government also rejects Labor’s proposal to hit Australians with a 50 per cent increase to capital gains tax. This will punish the investment necessary for economic growth that will deliver new and better paying jobs.

Nearly two thirds of Australians who make a capital gain on their investments have a taxable income of $80,000 or less. The Australian Prudential Regulatory Authority (APRA) has already taken action to ease risks in lending practices. The evidence is that the previous growth in housing prices has moderated and that housing affordability across Australia is improving.

“The last thing our transitioning economy needs is a tax hit on hardworking Australians just trying to get ahead,” said Ms Ley.

Only a Turnbull Government can be trusted to manage our economy and support Australia through this transition and to promote jobs and growth in our new economy.