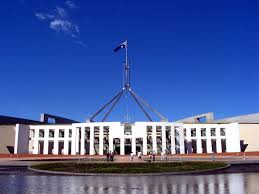 Australian patients are set to receive better access to frontline health services in their local area as part of the Abbott Government’s plans to improve the health of the nation, with the country’s new Primary Health Network (PHN) on track to begin rolling out from July 1.

Minister for Health Sussan Ley today announced the successful applicants to run PHNs across the country following a thorough tender process run at arm’s length by the Department of Health.

PHNs will replace Labor’s flawed Medicare Local system of 61 fragmented regions, which were found by an independent review to: deliver inconsistent health services; administration expenditure of up to 40 per cent of all costs; and lack transparency, with examples of taxpayers funds used to pay for staff parking tickets and gifts.

In contrast, Ms Ley said the 31 new Primary Health Networks – worth a total of nearly $900 million –
would be “outcome focussed” on improving frontline services, and would also generally align with state Local Hospital Networks to ensure better integration between primary and acute care services.

“The Abbott Government wants to ensure Australians are able to access the right care, in the right place, at the right time and Primary Health Care networks form a core part of our plan,” Ms Ley said.

“Primary Health Networks will reshape the delivery of primary health care across the nation.

“The key difference between Primary Health Networks and Medicare Locals is that PHNs will focus on improving access to frontline services, not backroom bureaucracy.

“This is backed by the fact PHNs will deliver improved access to primary care services for patients, as well as better co-ordination with local hospitals, while at the same time improving the overall operational efficiency of the network by 30 per cent.”

Ms Ley said many of the successful PHNs announced today were consortiums harnessing the best skills and knowledge from a range of sources, including allied health providers, universities, private health insurers and some of the more-successful former Medicare Locals.

“By aligning PHNs with state Local Hospital Networks we also aim to reduce the merry-go-round for many patients with chronic or complex conditions between primary care and hospital treatment.”

Ms Ley said the Abbott Government had also added additional checks and balances via the creation of PHN Community Advisory Committees, which will ensure all patients and local communities can provide feedback to, and have direct input into, the PHN to ensure they deliver the localised health care requirements that were unique to their region.
“There’s no doubting that, individually, there were some high-quality Medicare locals across the country, however there were also plenty that haven’t lived up to Labor’s promise,” Ms Ley said.

The independent Horvath review – commissioned by the Abbott Government – found Labor’s creation and rollout of Medicare Locals to have been an expensive exercise that increased bureaucracy but delivered inconsistent and fragmented health outcomes for patients.

The review therefore recommended “patient outcomes can be improved by an organisation that reduces fragmentation of care”, hence the Abbott Government’s creation of Primary Health Networks.

Ms Ley said the number of PHNs had increased from 30 to 31 following an additional PHN in south-western NSW – the Murrumbidgee PHN – being added as a result of feedback received during the tender process.

“This recognises the needs of people in the Murrumbidgee health area are quite different to those in much of Western NSW. Albury has also been relocated into Victoria’s Murray PHN, which provides better continuity of the current access to services for local patients.”

Ms Ley said arrangements for the Western NSW PHNs, as well as the Country South Australia PHN, were currently being finalised to ensure to ensure the best possible outcome for patients in these communities and would be announced soon.