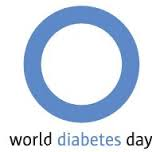 The Turnbull Government has released a new national strategy to tackle diabetes, which is emerging as a major chronic illness for patients – and threat to the health of the economy – in Australia.

To coincide with World diabetes Day, Health Minister Sussan Ley said the Australian National Diabetes Strategy was a blueprint for improving the prevention, care and management of diabetes to the end of the decade.

“It is likely that more than one million Australians, that is five per cent of adults, are living with diabetes,” Ms Ley said.

“Diabetes related complications including heart attack, stroke, amputation, blindness, kidney failure, depression and nerve disease but in many cases the disease is preventable.

“For this reason the emphasis of the strategy is on prevention, early diagnosis, intervention, management and treatment, centred on the role of primary care.”

Ms Ley said that the theme of this year’s World Diabetes Day was on healthy eating as a key factor in preventing the onset of Type 2 diabetes and an important part of the effective management of all Types of diabetes to avoid complications.

“This is an area that we have been concentrating on for the past two years with our Health Star Rating system on processed foods now well accepted by the food industry and consumers.

“Rural Health Minister Fiona Nash will also chair an historic first meeting of the new Healthy Food Partnership on Friday – a working group of health, retail and farm organisations which will agree on strategies to reformulate food, increase the eating of fresh fruit and vegetables and increase consumer awareness about portion sizes.”

“This will be enhanced by the work being undertaken by the Government’s Primary Healthcare Advisory Group and broader National Strategic Framework for Chronic Conditions,” Ms Ley said.

“Under this strategy people will be better informed about diabetes so they can make better decisions. In addition, research and evidence will strengthen prevention and care and, hopefully, move us that much closer to a cure for diabetes.”

The Australian government provides support to people with diabetes through Medicare and a range of programs and this new Strategy will not replace or override existing processes. This Strategy aims to better coordinate health resources across the sector to where they are needed most.