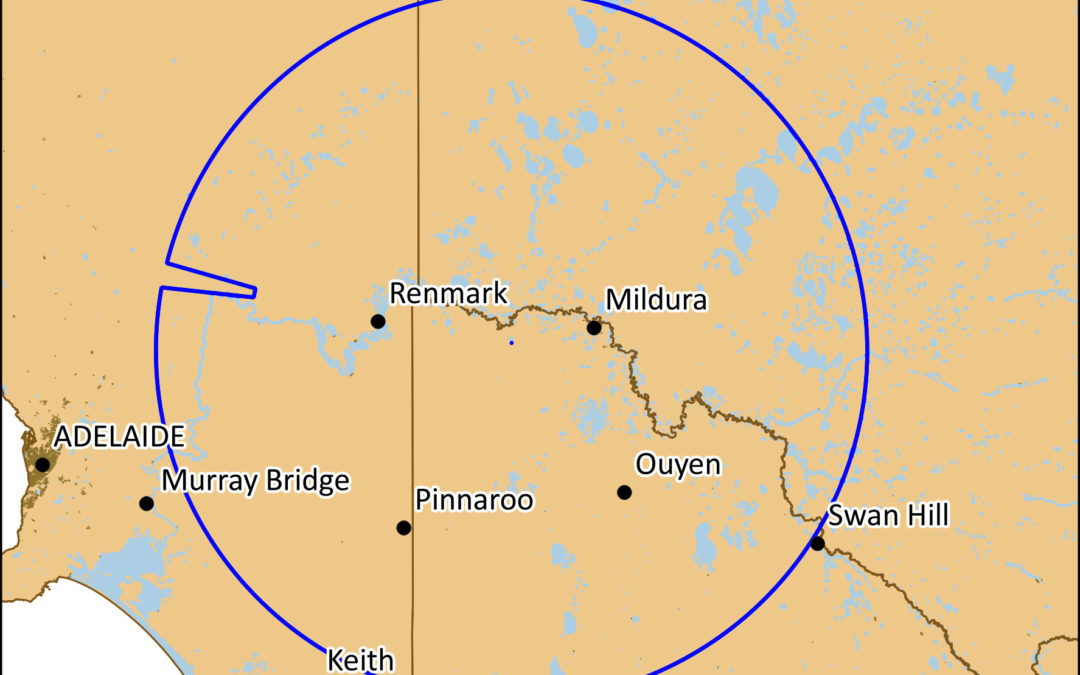 Located 45 kilometres west of Mildura at Cullulleraine, the new radar covers an area extending to the north and south of the Murray, and into SA’s Riverland – an area which did not previously have radar coverage. It also reaches into south west New South Wales and north west Victoria.

The Minister for the Environment and Farrer MP Sussan Ley said the new radar will allow the community, including primary producers and emergency services, to track severe storms and rainfall with real-time data.

“I know how critical it is for regional and agricultural communities to have reliable weather information to enable farmers to make significant business decisions and help keep the community safe,” Minister Ley said.

The new Mildura radar has Doppler capability and dual pol technology which will provide a much-improved service compared with the former Mildura radar, located near the airport.

With enhanced tracking and measuring of particles in the sky, the latest technology has the capability to detect rain drops, hail, bushfire plumes, rain intensity and wind velocity, giving more accurate and timely forecasts for the agricultural sector.

“This will help transform the way farmers in the region make informed choices about harvesting, tillage and the use of chemicals and fertilisers, making the region more competitive internationally,” Minister Ley said.

“This new radar is another step in our commitment to supporting the needs of regional Australia.”

The $5-million replacement of the Mildura radar funded by the Australian Government is part of a multi-year project to improve the Bureau’s observations network. By June 2024, the Bureau will deliver 7 new radars, plus upgrades to 46 radars, 692 automatic weather stations and 200 flood measurement sites across the country.