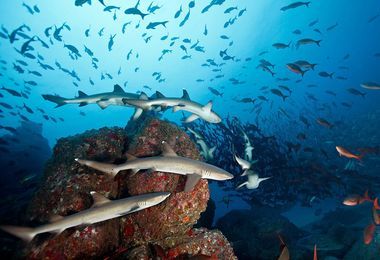 Minister for the Environment Sussan Ley said the successful projects identified under Round 3 of the Our Marine Park Grants program include the protection of threatened species, from sea snakes to humpback whales, and the satellite mapping of marine habitats.

“The projects deliver strong partnerships with marine park users and those industries who rely on a healthy marine environment and who are prepared to invest in greater understanding and better management of our unique marine environments.”

The Morrison Government has provided $19.6 million through Rounds 1 to 3 of the Our Marine Parks Grants Program since 2018. By targeting projects that deliver mutual benefits to organisations and marine park conservation, the program has attracted in-kind contributions from partners valued at over $21 million.

Australia’s National Representative System of Marine Protected Areas (made up of Australian, state and territory government marine parks) comprises one of the world’s largest networks of marine parks, spanning 45 per cent of Australia’s waters.