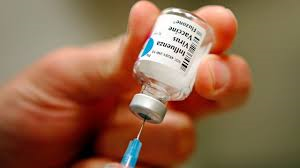 Vulnerable Australians will get free access to even stronger protections against the flu in 2016 following another record number of reported cases this year.

Minister for Health Sussan Ley said the Turnbull Government would upgrade the Government’s National Immunisation Program (NIP) to include a new influenza vaccine for 2016 that will cover four flu strains – up from three in 2015.

Ms Ley said the new vaccine would include the Brisbane and Phuket strains of the influenza virus, which contributed to the record 90,000 reported flu cases in Australia in 2015 – 25,000 higher than the previous record of 65,000 cases reported last year.

Ms Ley said the strains to be included in next year’s quadrivalent (four strain) vaccine aligned with World Health Organisation recommendations for the southern hemisphere.

“The Government currently spends upwards of $40 million immunising Australians against the flu, which poses serious health, social, productivity and economic threats to our community every year,” Ms Ley said.

“We’ve seen another high flu season this year which saw a number of influenza viruses circulating, including both the Brisbane and the Phuket influenza B strains.

Today’s announcement to move to a quadrivalent vaccine means that the best possible protection will be available free to the people who most need it,” Ms Ley said.

“It’s also important to remember we may be seeing more cases because more people are taking their flu symptoms seriously and going to see their doctor. This is an important public message to continue to promote in order to stop the spread and severity of the virus and its impacts on patients.

“In order to ensure we have full coverage of our population with no gaps, we will offer two vaccines in 2016 – one for people aged three years and over and one that is specifically tailored for children under three”.

Ms Ley said further information on when the new flu vaccine would be available under the NIP would be communicated closer to the start of next year’s flu season.

The NIP is designed to protect those population groups most at risk. This includes people aged over 65, Aboriginal and Torres Strait Islander people who are aged younger than five and older than 15 years, pregnant women, and people with certain medical conditions.

The Australian Government revises the composition of its influenza vaccinations available on the National Immunisation Program prior to every flu season taking into account World Health Organisation recommendations.

Influenza B viruses are estimated to have accounted for about 62 per cent of flu cases in Australia in 2015.

Ms Ley said Australians not eligible for vaccinations under the NIP would still be able to access seasonal flu vaccinations via the private market through their GP, employer or other allied health professionals.