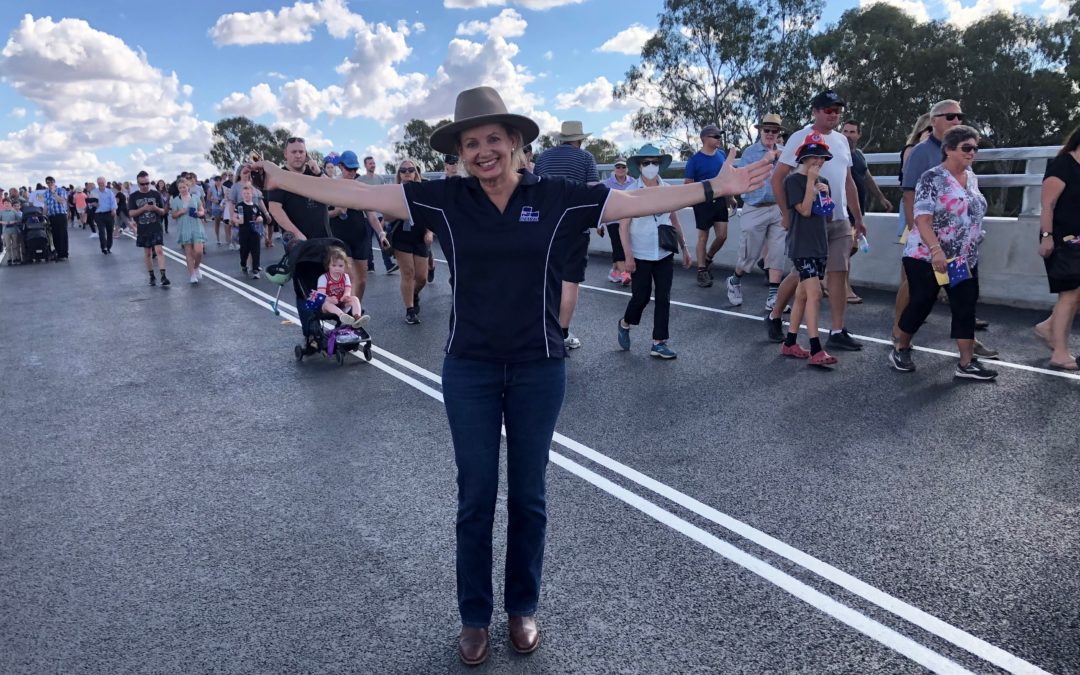 The Federal Government has delivered the largest transport infrastructure project ever seen in northern Victoria and southern New South Wales, with the Echuca-Moama Bridge Project opening to traffic this week.

After more than 140 years with a single Murray River crossing, freight operators and commuters will now enjoy safer and easier trips between the border towns via a new river crossing connecting the Murray Valley Highway in Echuca, Victoria, with the Cobb Highway in Moama, New South Wales.

The new Murray and Campaspe River bridges have been named in recognition of the region’s rich and proud Indigenous heritage.

Deputy Prime Minister and Federal Minister for Infrastructure, Transport and Regional Development Barnaby Joyce said the completion of the project was another example of the Nationals and Liberal Government delivering for regional Australia.

“The new crossing over the Campaspe and Murray rivers will improve traffic flow and slash operating costs for the freight industry by supporting heavy and oversize vehicles restricted from using the existing Murray River Bridge,” the Deputy Prime Minister said.

“Projects like this will drive our economy into the future by supporting the industries that produce and sell the products that make our nation wealthier and stronger.

“This is what the Nationals are about – delivering the projects that our regions need, to make them and our nation as strong as possible as quickly as possible.

“We put the money on the table for the new Echuca-Moama Bridge Project, and now we’ve delivered the biggest transport infrastructure project this region has ever seen.

“This is a once-in-a-generation project that will transform this region, keeping commuters moving and freight flowing to our ports, helping our nation get paid for the products we produce.”

Federal Member for Farrer Sussan Ley said the long-awaited second Murray crossing complements a string of projects underway or completed on both sides of the border, each moving forward with funding from the Australian Government.

“From upgrades along the Newell Highway, work towards another new crossing at Swan Hill-Murray Downs, to local Roads to Recovery and black spot funding including a number of Heavy Vehicle safety projects,” Ms Ley said.

“The Australian Government continues to invest in, and deliver, the road infrastructure which matters to our communities, businesses, freight operators and the tourism sector.”

Federal Member for Nicholls Damian Drum said the new river crossing will transform travel in the region, offering the border towns a second crossing after 140 years of connection by a single Murray River Bridge.

“The new river crossing will reduce traffic across the existing Murray River Bridge by about 40 per cent or 10,000 vehicles per day, making it safer and easier for people to travel between the two states,” Mr Drum said.

“This project has provided a significant boost to the local economy, supporting more than 400 direct jobs and up to 1,100 indirect jobs, with many local businesses and suppliers employed to provide ongoing services.”