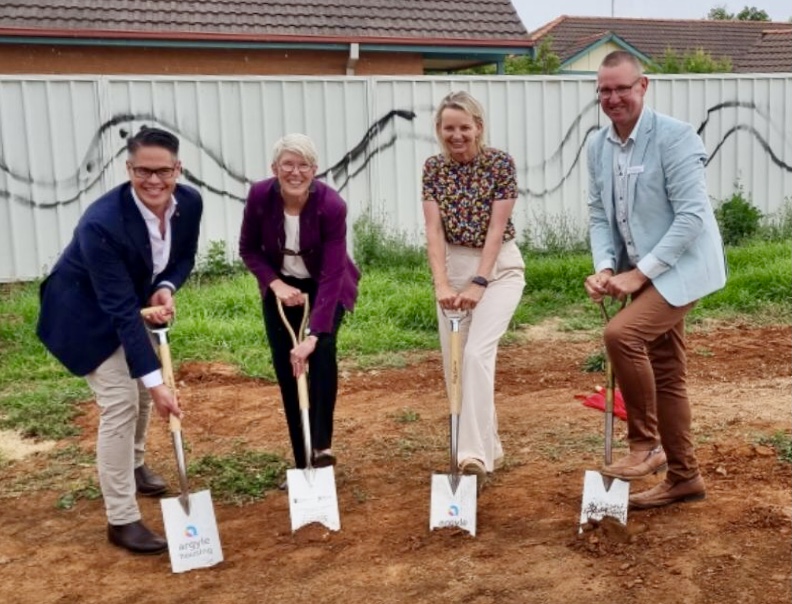 With half the funds coming from the Federal Government’s Building Better Regions Fund, the development will construct affordable homes and blocks of land, mixed with a new community centre, basketball court, playground and green space.

“Griffith Council is to be commended for pushing this important and much needed initiative, creating a locally driven partnership with Argyle Housing and my government to get this project off the ground.”

Griffith Mayor Cr Doug Curran said the sod turning marks an important step in addressing a housing shortage in Griffith. The availability of more than 40 build-ready lots will also bring more affordable options to enter the competitive home ownership market in our community.

Carolyn Doherty, Argyle Housing Relieving CEO said the development not only reflects the innovation which can be achieved through partnerships with local government, and also demonstrates the importance of Australian Government’s investment into housing and economic outcomes in areas of regional growth.

In turning the sod on this site, Argyle Housing recognise that these homes are being built on the land of the Wiradjuri people and we would like to acknowledge the support of the Griffith Aboriginal Lands Council.