New $15m pipe plant at Tocumwal to save water across Basin 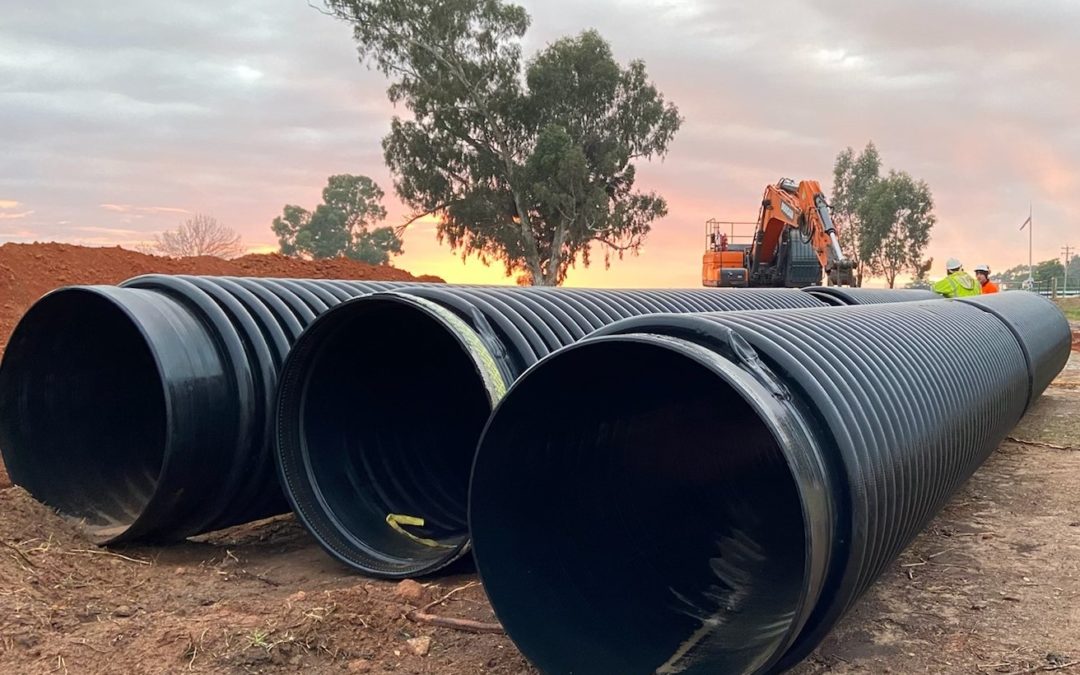 The funding, delivered under round two of the Government’s Manufacturing Modernisation Fund (MMF), will assist Poly Transport Systems in establishing a $14m water pipe manufacturing facility in the heart of the southern Murray Darling Basin.

According to Ms Ley ‘poly pipe’ comes in at around ten percent the cost of older concrete channels, and with potential for 70% of the finished product from recycled material, it will not only save farmers money but also helps protect the environment by reusing plastic waste.

“When the project gets underway we’re expecting 31 jobs on construction, ongoing employment for around 40 people and a multiplier effect of another 120 jobs, so it’s a massive boost to employment in Berrigan Shire.”

“The proposed solution can be also be connected quickly and efficiently compared to other systems, making it easier and safer to install.”

“The Murray Darling region is under immense pressure for water. This project will enable the replacement of significant sections of piping helping farmers save up to 25% lost through current open channel irrigation systems or poorly maintained infrastructure.”

Berrigan Mayor Matthew Hannan welcomed the Federal Government investment, noting the project will have a significant economic impact for the region.

“The creation of this plant will provide a significant amount of new jobs within the Shire and really demonstrates how rural communities can benefit when both private enterprise and government work together.”

Minister for Industry, Science and Technology Christian Porter said this latest MMF funding round underlines the Government’s commitment to increasing the competitiveness and productivity of Australian manufacturers.

For a full list of successful recipients under the Manufacturing Modernisation Fund round two, please link here.