Sky Muster boost to over 9000 homes and businesses 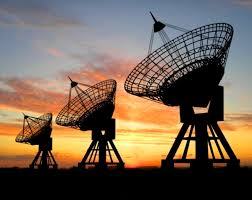 nbn today announced plans to double the maximum monthly wholesale data limits and increase average peak download plans by up to 50 per cent through its satellite broadband service.

According to Ms Ley, this is set to deliver better value broadband to more than 240,000 homes and businesses in rural Australia including a total of 9100 premises right across Farrer.

“This has been one of the critical concerns for the 1500 or so users already accessing Sky Muster in my electorate. They told us what they wanted and I am delighted we’ve been able to deliver.”

Since the launch of the service in April 2016, nbn technicians have been working to improve the satellite network’s overall performance as well as extensively testing the total capacity it can provide.

nbn’s Chief Executive Officer, Bill Morrow says “late last year we made the decision to re-purpose our second satellite, previously slated as a dormant backup service to actively share the load in delivering more data to customers on the Sky Muster service”.

“After spending the last year reviewing and testing the capabilities of the service, we are now comfortable that we have the capacity to offer increased data packages to retailers.”

nbn will continue to optimise the pricing model and data plans of the Sky Muster service, with further offerings on business and education services expected to be available within the next 12-18 months.

The new nbn Sky Muster plans are expected to be available through retailers by October 2017.
More information on nbn’s Sky Muster is available here or call 1800 687 626.