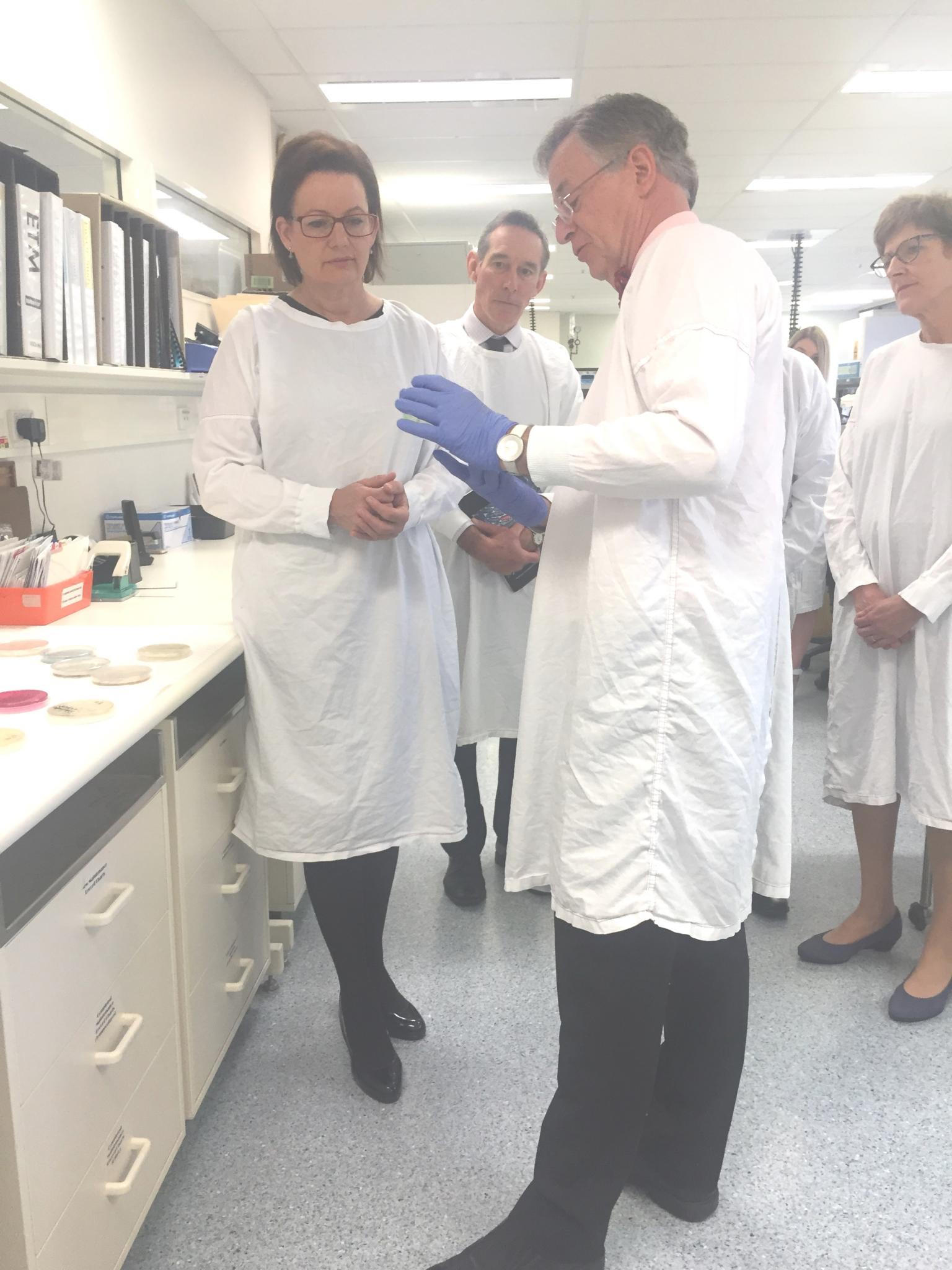 Humans and animals will be better protected from the immediate global threat of antimicrobial resistance under the Coalition Government’s new plan, developed in partnership with health professionals, research communities, veterinarians and agricultural industries.

Deputy Prime Minister and Minister for Agriculture and Water Resources, Barnaby Joyce and the Minister for Health and Aged Care, Sussan Ley, announced the implementation of the National Antimicrobial Resistance (AMR) Strategy 2015-2019 today, developed thanks to the Coalition Government’s commitment of $9.4 million in funding announced at the 2016/17 Budget to continue work already being done around AMR research and education.

“Antimicrobial resistance occurs when bacteria, viruses, parasites and other disease-causing organisms become resistant to the medicines used to treat the infections they cause,” Minister Ley said.

“A particular focus will be Australia’s high use of antibiotics in general practice, which is 20 per cent above the OECD average. Bringing prescribing rates down is critical, as high antibiotic use is the number one driver of the increasing resistance to antimicrobials.

“The newly released plan takes a ‘one health’ approach, which recognises that human, animal, and ecosystem health are inextricably linked and that combatting resistance to antimicrobials requires action in all sectors where antimicrobials are used.”

The implementation plan outlines specific focus areas for action and includes activities being undertaken by the Coalition Government, state and territory governments, non-government organisations, professional bodies and research organisations to minimise the development of antimicrobial resistance and ensure the continued availability of effective antimicrobials to treat common infections, in both humans and animals.

Minister Ley said a key activity is the continued implementation of the National Antimicrobial Use and Resistance Australia Surveillance System (referred to as the AURA Surveillance System) for human health, which coordinates data from a range of sources and allows analysis and reporting of AMR and antibiotic usage at a national level.

“The first report of the AURA Surveillance System, released in June 2016, has established some important benchmarks so we can measure our performance and adjust our focus over time,” Minister Ley said.

Minister Joyce said to complement the work of the AURA Surveillance System, AMR surveillance in the livestock and aquatic animal sectors was being progressed.

“Resistance to antimicrobials is such an urgent global health priority that the World Health Organization describes it as a looming crisis in which common and treatable infections are becoming life threatening,” Minister Joyce said.

“Antimicrobials have a variety of uses in agriculture and are regarded as important for animal health, welfare, biosecurity and production.

“Australia has one of the most conservative approaches to the use of antimicrobials in livestock production in the world. Nearly all antimicrobials used in animals are Schedule 4 medicines, meaning that they are prescription only medicines.

“All antimicrobial products are evaluated by the Australian Pesticides and Veterinary Medicines Authority before being registered for use in Australian animals. This evaluation includes assessing the risk of development of antimicrobial resistance.”

The AMR Implementation Plan can be found here.