National plan to rid the ‘rabbit of the river’ 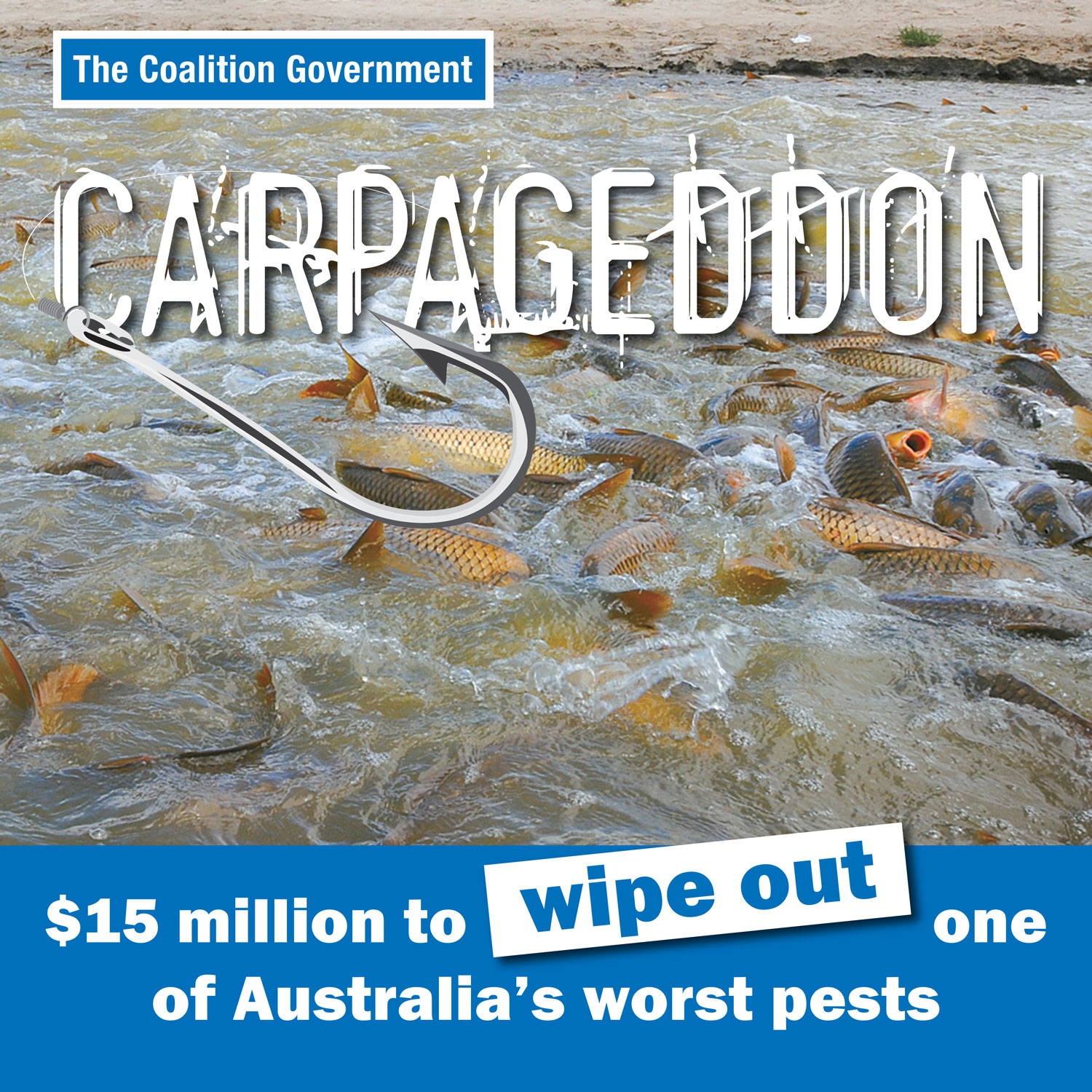 European carp in river systems across NSW are in the Government’s sights, with $15 million committed in the 2016 Budget for a historic plan to rid our waterways of one of the country’s most damaging pests within 30 years.

“This is an once-in-a-lifetime opportunity, based on cutting-edge biological controls and backed by the best available science,” Ms Ley said.

“Carp have progressively decimated native fish populations across the country and reduced water quality since it became established in Australia’s waterways in the 1960s. We’ve seen carp muddy our river systems, uproot vegetation, cause erosion, contribute to algal blooms, and drive many species of native fish to the brink of extinction.

“The economic impact of common carp has been estimated at up to $500 million annually, and they make up 80 to 90 per cent of fish biomass in the Murray-Darling Basin.

“Current carp control methods, such as trapping and commercial fishing, are expensive and just haven’t worked.

“This plan will be based on the potential release of a biological control agent that only affects carp, (Cyprinid herpesvirus 3) by the end of 2018, and will identify other complementary methods needed to meet our aim of eradicating the species within three decades.

“As much as people may want the virus released immediately, we need to ensure it is safe, along with developing strategies around the clean-up program and use of harvested carp biomass—with carp biomass in our waterways estimated at between 500,000 tonnes and 2 million tonnes.

“The plan will focus on maximum impact on carp populations, and minimum disruption to industries, communities and the environment.

“The CSIRO and the NSW Department of Primary Industries and the Invasive Animals CRC have undertaken years of work to get us to this point, and it is looking very promising.

“I know people in Farrer, which takes in the Murray and parts of the Darling Rivers, and will soon include the Murrumbidgee regions, will be deeply interested in the detail. There will be stakeholder consultation throughout the process so our community and people who use our waterways have a chance to provide input,” said Ms Ley.