My Health Record gets one million more reasons to sign up 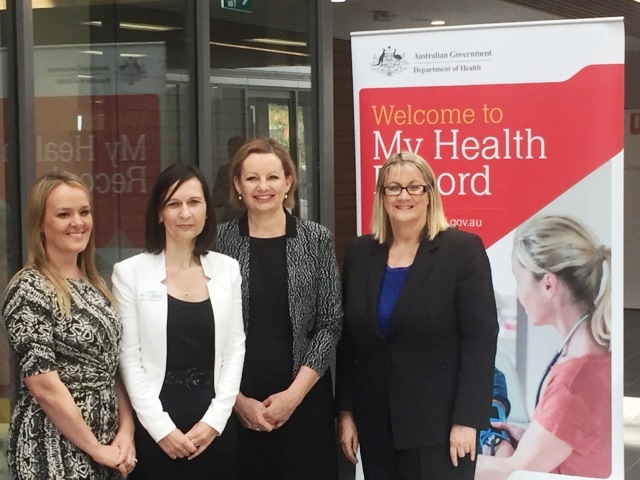 The number of Australians with a digital health record will jump by more than a million – or 40 per cent – as part of the Turnbull Government’s commitment to improving health outcomes and saving lives through digital innovation and information sharing.

Minister for Health Sussan Ley today officially launched the Turnbull Government’s new My Health Record, which will give both patients and health professionals immediate access to all of their necessary health information on-line to improve co-ordinated care outcomes, reduce duplication and provide vital information in emergency situations.

This will include trialling the automatic creation of electronic health records for more-than one million residents in Western Sydney and North Queensland, to improve coverage rates after the previous Labor Government’s preference to allow patients to opt-in, rather than opt-out, led to less-than one-in-10 Australians signing up.

Ms Ley said the Turnbull Government had particularly focussed on protecting patient privacy as part of the new My Health Record, passing supporting legislation mandating fines of up to half a million dollars and even jail sentences for anyone who tries to deliberately misuse or access information in the health record.

“It’s important Australians are able to have access to their medical records and safely and securely share them with health professionals no matter where they are in the country if we are to truly improve clinical outcomes and efficiency,” Ms Ley said.

“Our new My Health Record means people will not have to remember the names of the medications prescribed,  details of diagnosis and treatments,  allergies, medical procedures and there will be no need to repeat the same information when they see another doctor or go to hospital.

“I consider this a landmark turning point in improving our health system and bringing it into the 21st century.”

The Turnbull Government’s new My Health Record is part of a $485 million Budget rescue package to salvage Labor’s failed attempts to develop a national electronic health records system in Government, with the decision to transform the system from opt-in to opt-out a key recommendation of an independent review of Labor’s scheme.

Under the trial, patients will be able to share vital health information securely online, at any time, with authorised healthcare providers, such as doctors, pharmacists, specialists, hospitals or allied health professionals.

However, Ms Ley said patients would have ultimate control over who accessed their information, including adding additional password protections.

“Doctors have indicated they’re much more likely to use the system if all their patients have a record,” Ms Ley said.

“We also need full national coverage if we’re to cut down on inefficiencies created by not having one seamless records system, such as double ups with testing, prescriptions and other procedures.

“The Turnbull Government takes privacy very seriously and we have put in place the necessary protections to ensure the information in your My Health Record is as safe and secure as possible. Trialling the implementation of the new opt-out system is about reassuring the public they can have confidence in our new My Health Record.”

Ms Ley said a life-saving “break-glass option” was included in the new My Health Record, allowing patients to have maximum security protections whilst also not having to worry about blocking access to their vital information in medical emergencies such as anaphylaxis, heart attacks, stroke or accidents where a patient is unconscious.

Residents in the Northern Queensland Primary Health Network and Nepean Blue Mountains Primary Health Network will shortly be receiving a letter informing them of the trial and telling them how they can opt out if they choose. By mid-June 2016 residents participating will be able to change their access controls to the record, ahead of their doctor accessing the My Health Record in mid-July 2016.