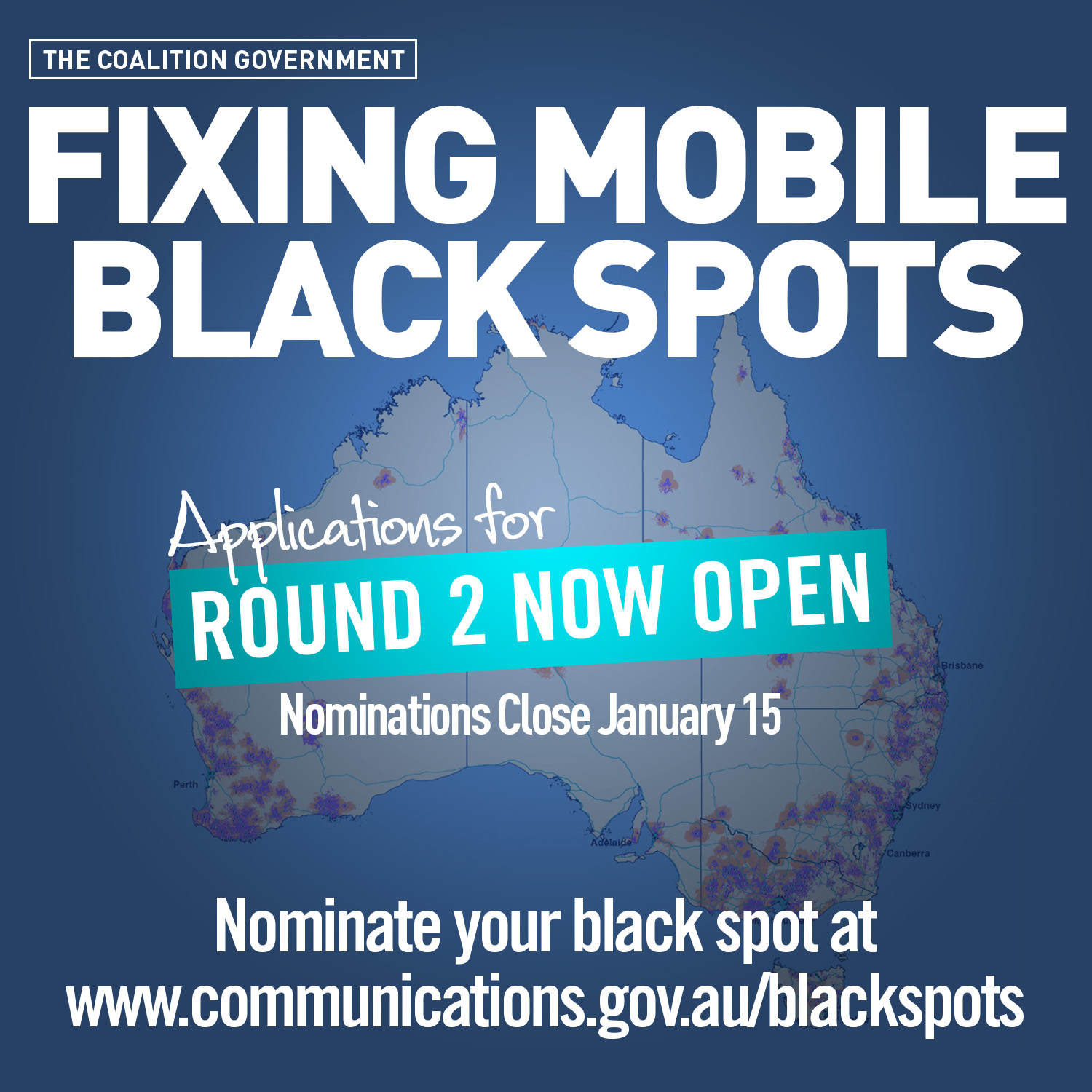 Last week the Australian Government announced that the deadline for public nominations for round 2 of the Mobile Black Spot Programme had been extended from 31 December 2015 to 15 January 2016.

Member for Farrer, Sussan Ley said that the new closing date will ensure individuals and community groups throughout Farrer will have enough time to get their nominations in after the Christmas break and reflects the significant demand for improved mobile coverage in rural, regional and remote Australia.

“Under round 2 of the programme, the Government will commit a further $60 million to improve mobile coverage in areas reported by the community as having poor or no mobile coverage.” Ms Ley said.

This funding is in addition to the $100 million investment in round 1, which has already seen the first of 499 new and upgraded mobile base stations in regional and remote Australia start to roll out.

“We have already seen the first towers switched on nationally, including one of the very first near Deniliquin. I am also excited that a further seven base stations in Farrer will be either established or receive upgrades because of the Government’s investment,” said Ms Ley.

A map of the regional mobile black spot locations and locations which will receive mobile base stations under round 1 is available at http://nationalmap.gov.au/

Nominations for round 2 of the Black Spot Mobile programme can be made online at www.communications.gov.au/blackspots