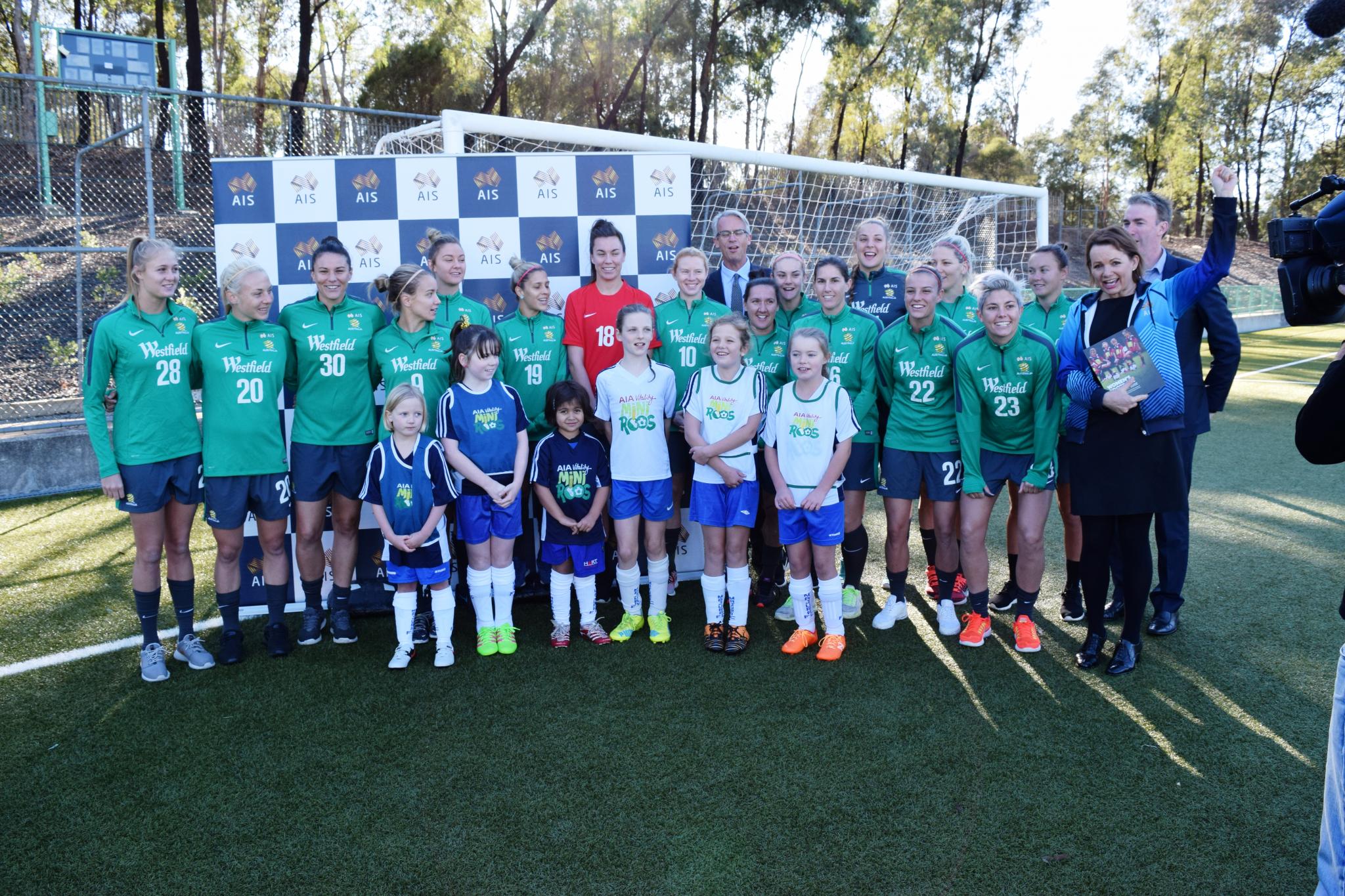 As the Matildas kick off final preparations as a serious medal chance at the Rio Games, Minister for Sport Sussan Ley today announced the latest round of funding for the national side and other Olympic hopefuls, and renewed support for grassroots female football participation.

Welcoming the Matildas to Canberra’s Australian Institute of Sport (AIS) for the first of five pre-Olympic camps, Ms Ley revealed the squad will be among more than 600 of Australia’s elite athletes to benefit from Federal Government direct athlete support grants (dAIS), totalling $12million annually.

“It has been fantastic to watch the rise of the Matildas up the world rankings over the past 12 months but, as both Sport and Health Minister, it is equally pleasing to see the soaring growth in female football participation at a junior level,” Minister Ley said.

“The recent #girlsmakeyourmove campaign shows the Turnbull Government is committed to increasing girls involvement in sports activities, and it’s tremendous to see female football flourishing from our young MiniRoos through to the Matildas.

“The national team is a great success story under dAIS, with funding for the squad doubling in the past year to about $330,000, sending this year’s Commonwealth commitment for the Matildas to $1.7 million.

“This is reflective of the growing status of the team – they go to Rio in August with our best wishes and support, looking to become the first ever Australian football team to claim an Olympic medal.”

“The most recent research had soccer just ahead of netball as the highest participation sports for junior young females (6-13yo), and the girls in both codes are lucky to have inspiring role models at the top level with our Matildas and Diamonds squads shining on the international stage.

“Female football has been one of the great growth stories in Australian sport and more than 20 per cent of football participants in Australia are now female.

“I commend the FFA for looking at ways to not only meet this demand but continue this upward trend in female participation,” Ms Ley said.

The resource provides advice and strategies for Australia’s 2300 community clubs on recruiting and retaining female participants, coaches, administrators and officials.

Distributed by the AIS and known as dAIS grants, the funding will benefit more than 600 athletes bound for the Olympic and Paralympic Games in Rio, across some 30 sports.
Of the 620 athletes receiving dAIS in this latest round, 320 are female and more than 160 are Para-athletes.

The grants are based on performance but are also subject to an income eligibility test, ensuring grants go to athletes who need support.
dAIS Grants are allocated every six months to athletes with podium potential and to emerging talent, with $41million shared among more than 1100 Olympic and Paralympic athletes in the four-year cycle leading up to Rio.
The successful recipients are in the process of being informed of their funding, with a full list of athletes to be published on the Australian Sports Commission website on 16 May www.ausport.gov.au

For further information and activity updates on #girlsmakeyourmove go to http://www.health.gov.au/internet/girlsmove/publishing.nsf/Content/home