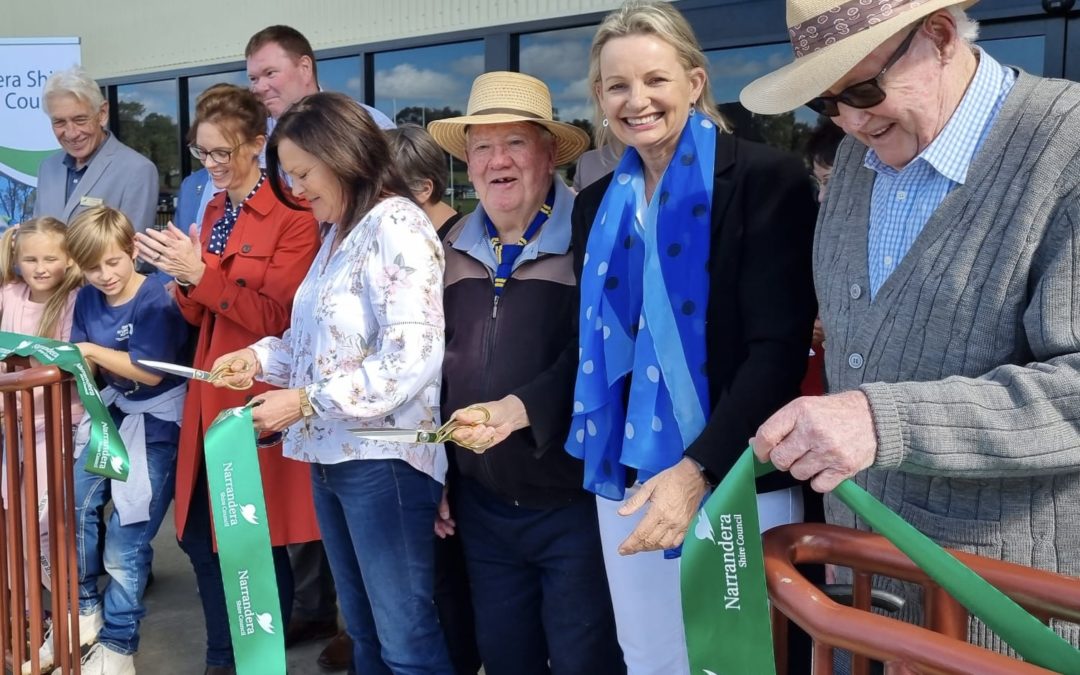 Farrer MP Sussan Ley completed one of her key 2019 election commitments today, cutting the ribbon on the new $2m change rooms and clubroom facilities at the home of the Narrandera Imperial Football & Netball Club.

According to Ms Ley the long-planned facelift for the Eagles home ground provides each of the 13 local football and netball teams (and visiting sides) a quality modern sporting venue, built for the 21st century.

“This boosts NSG’s chances to pitch for higher profile sporting fixtures with the AFL & NRL, as well as representative netball – in fact any major events being pencilled in for regional NSW.”

Joining Ms Ley at the opening were NSW MP for Cootamundra Steph Cooke as well as Narrandera Mayor Cr Neville Kschenka; the ceremony staged ahead of the Round 3 RFL seniors clash with the Imperial’s arch-rivals, Leeton-Whitton Crows, both sides looking for their first win of the season.

Welcoming the new additions to the Sportsground, Mayor Kschenka said the new facility is a fabulous upgrade, further enhancing what is already recognised as one of the great sportsgrounds in regional NSW.

“My thanks go to our Federal Member Sussan Ley for making the funding available as well as all those involved in developing a wonderful venue for all sporting codes.”

In addition to a $1.4m commitment from the Federal Government, the clubhouse and changerooms project was co-funded by the New South Wales Government ($260k), Narrandera Shire Council ($315k), AFL Riverina and local community members ($100k) and the Narrandera Imperial Football-Netball Club ($73k).