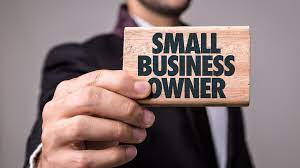 New analysis of Australia’s small business sector demonstrates Labor’s radical industrial relations changes will hit every sector of the economy with no area immune from the impacts.

Under Labor’s legislation, the hit to the small to medium sized businesses will be seismic with at least 6,000 manufacturers, 5,400 construction companies, 6,000 professional services businesses, 7,500 accommodation and food services providers and at least 400 mining companies compelled to participate in multi-employer bargaining.

This only reflects the 20-199 headcount alone and does not include the thousands more businesses across the country that have between 15 and 20 employees.

The Prime Minister continues to ignore concerns from small business groups, big businesses and peak bodies, manufacturers and logistics companies, alongside unanimous calls from the Opposition and the Crossbench in the House and the Senate to halt the bill.

Given the scale and scope of the impacts to Australian small businesses and manufacturers, the Deputy Leader of the Opposition Sussan Ley has slammed the Prime Minister over his refusal to hit pause on the government’s radical industrial relations bill.

“Instead of focusing on delivering cost of living relief to Australians, the government’s only focus is giving the unions an early Christmas present,” the Deputy Leader said.

“Anthony Albanese would have never got these extreme changes through the front door at an election so instead he is arrogantly trying to force it through the backdoor.

“The numbers are clear, the changes in this bill would adversely hit hundreds of thousands of businesses and the unions are licking their lips at the prospect of getting into them and causing industrial mayhem.

“The Small Business Minister Julie Collins failed to name a single small business that supported these changes. Twice. There’s more than 2 million of them and she can’t name one who backs these extreme laws.”

The Opposition has also revealed the impacts Labor’s own legislation could have on small businesses across the communities Labor represents, including in the Prime Minister and Industrial Relations Minister’s own electorates.

In the electorate of Bennelong there are over 380 small businesses with 20-199 employees that would be compelled into multi-employer bargaining including 67 professional services firms.

In the coastal seat of Gilmore, there are 1,497 construction owner operators and 604 owner operators in professional services that would be impacted by changes to contracting limits.

In the Central Coast seat of Robertson, there are at least 36 manufacturers and 28 construction companies with between 20-199 employees that would be compelled into multi-employer bargaining.

In the South Australian seat of Boothby there are 37 accommodation and food service providers with between 20-199 employees that would be compelled into multi-employer bargaining.

In the Melbourne electorate of Higgins there are 101 accommodation and food service providers with between 20-199 employees that would be compelled into multi-employer bargaining.

In the Prime Minister’s electorate there are 41 manufacturers with between 20-199 employees that would be compelled into multi-employer bargaining.

In the Industrial Relations Minister’s electorate of Watson alone there are 2,402 construction owner operators that would be impacted by changes to contracting limits.

Across the nation over 2.4 million businesses will be hit by changes to contracting arrangements and forced flexibility changes including being legally obligated to support work from home and flexible work arrangements.