Labor has no plan for women’s sport 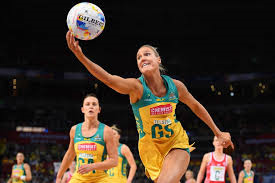 If Labor is serious about increasing the exposure of women’s sport, they would be backing Australia’s sporting organisations to do just that, rather than just providing a handout to the ABC.

The Government already provides more than $3 billion in funding to the ABC.

It is up to the ABC to make its own independent programming decisions, including which sporting events to bid for and cover.

The Coalition’s play.sport.australia participation strategy assists sports to grow commercial relationships and ensure they stand successfully on their own two feet.

The commercial networks have demonstrated they see the value in women’s sport with historic deals in recent months, such as the Channel Nine and Telstra broadcast deal with Netball Australia.

The Coalition understands the importance of developing and fostering women’s sport, and creating demand for women’s sport. We must have the structures right, all the way from grass roots participation through to elite competition.

The Coalition is taking practical action to ensure the fair recognition and reward of elite female athletes, as well as the promotion of female participation in all levels and forms of Australian sport.

We are ensuring travel arrangements for major international sporting events are gender-equitable and that female athletes receive the same travel standards as male athletes.

Under the Coalition the average level of female representation on the boards of the top-22 funded sports has since increased, jumping from 27 per cent in 2013 to 39 per cent.

The Coalition developed the #girlsmakeyourmove campaign to encourage participation in physical activity among young women and girls aged 12–19.

Our $60 million investment to expand the successful Sporting Schools Programme will see more young women get active from an early age.

In contrast, what we have from Labor is nothing more than a poorly thought out policy which will do nothing to help women’s sport in the long run.