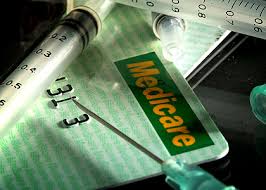 Doctors beware – Labor not only cut $664 million from Medicare for GPs, Bill Shorten has today refused to rule out doing it again.

Bill Shorten’s latest Medicare scare campaign has fallen apart as quickly as it was launched today with his confirmation Labor has no plan to reinstate Medicare indexation:

“QUESTION: You’ve criticised the government for Medicare cuts
SHORTEN: Absolutely
QUESTION: But will you guarantee here now that Labor will reverse that freeze on GP Medicare levy?
SHORTEN: We won’t be finalising our Medicare rebate policy today, but I cannot be any clearer I believe.”
– Bill Shorten – 15 May 2016 – Doorstop

In fact, Mr Shorten and Labor have failed to announce any form of Medicare policy at all.
That’s because Labor is a wolf in sheep’s clothing when it comes to Medicare.

This is how Labor justified introducing a pause on indexation of the Medicare rebate in 2013:

“Ms Plibersek dismissed concerns that the freeze — which will remove $664 million from the MBS over four years — will pressure doctors to compromise care.”

“I understand that GPs have all sorts of expenses in running their surgeries and employing staff and so on, but the average billing from Medicare is more than $350,000 a year.”
– 22 May 2013 Australian Doctor http://www.australiandoctor.com.au/news/latest-news/doctors-can afford-rebate-freeze-says-Plibersek

And now Labor is promising further Medicare cuts if elected:

Only the Coalition has a clear plan to build a healthier Medicare through reforms that put the focus back on patients, not politics.