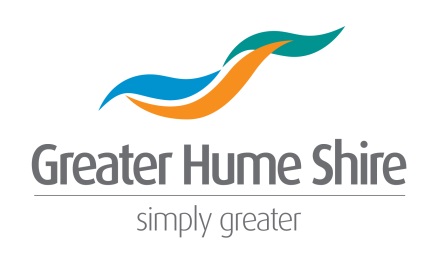 Greater Hume Shire Council will formally open the Jingellic Road (Yarara Gap) Reconstruction Project at 10am on Tuesday, 24 May 2016.

The event will be attended by the Member for Albury, Greg Aplin MP, key stakeholders, Greater Hume Shire Council councillors and staff, as well as representatives of the contractor RECivil, the project manager GHD and the local community.

Greater Hume Shire Council is delighted that the reconstruction of the notorious 2.3  section of Jingellic Road (Yarara Gap) has been completed and motorists and transport industry are now benefitting from a much safer road with a widened road pavement and improved road gradient when traversing the gap.

“This vital reconstruction project means that the entire Holbrook-to-Jingellic route is trafficable by B-Double transports which will in turn deliver major economic benefits to the region and related savings to transport sector operators,” said Cr Wilton.

“It is expected that 30 new jobs and 100 indirect jobs will be generated as a result of the project.”

Council received $1,750,000 under the Australian Government’s Heavy Vehicle Safety and Productivity Program to provide access to B-Double trucks along the full length of the road from Holbrook to Jingellic. The project also received $750,000 in funding under the NSW Government’s Restart NSW Fixing Country Roads program.

Member for Farrer, Sussan Ley, commented that the focus of the Heavy Vehicle Safety and Productivity Programme is on improved safety and productivity outcomes for the heavy vehicle industry – and this reconstruction will enable better access and key linkages for this local road.

Key outcomes from the project include:

Additional benefits to the freight industry are delivered by providing a shorter alternative route from the Hume Highway at Holbrook to the Upper Murray , as well as by reducing costs through less wear-and-tear on vehicles because of a higher quality road surface.