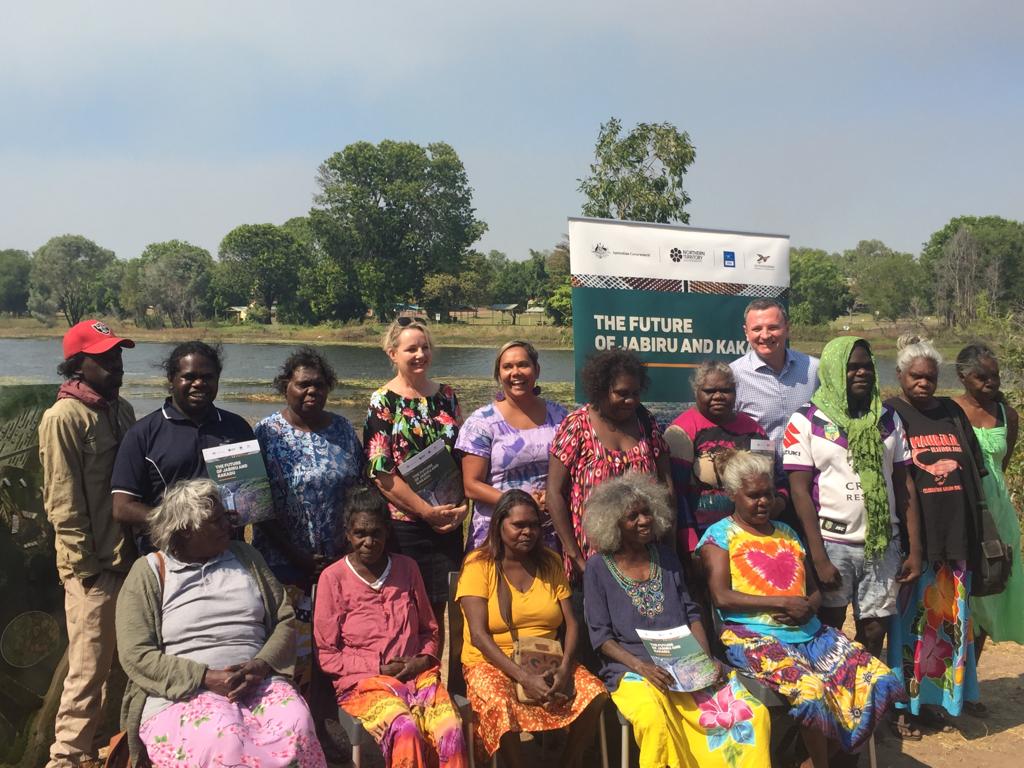 A historic Memorandum of Understanding (MoU) to be signed today in Jabiru will secure the town’s future as the tourism heartland of the World Heritage Listed Kakadu National Park.

Federal Minister for the Environment Sussan Ley will join Northern Territory Minister for Aboriginal Affairs, Selena Uibo, Energy Resources of Australia (ERA) and Traditional Owners from the Gundjeihmi Aboriginal Corporation (GAC) for the signing of the MoU, which will support the town’s transition from a mining town to a tourist town.

ERA is scheduled to cease operations at the Ranger Mine by 2021. The four MoU parties have committed to their role in the future of Jabiru and to growing the town as a regional services and tourism hub for Kakadu National Park and the West Arnhem region.

“This is about working together to ensure that the community will prosper and the mining land is cared for,” Federal Minister for the Environment Sussan Ley said.

“The Australian Government has committed $216m to Kakadu with $35m directly supporting Jabiru’s transition from mining to tourism. Importantly, the certainty that comes from this MoU will encourage further private investment.”

Selena Uibo, Minister for Aboriginal Affairs, said the NT Government has committed a further $135.5m to the town.

“Jabiru is, and always has been, Aboriginal land. The Territory Labor Government will work closely with GAC to support the employment opportunities tourism will present for the Mirarr people, so they can achieve their social and economic aspirations,” Minister Uibo said.

“Kakadu is home to the oldest continuous culture on earth. The Mirrar traditional owners, by drawing upon more than 65,000 years of knowledge and wisdom, can improve the visitor experience for those who come to visit this very special part of the Territory.”

Valerie Balmoore, Chair of GAC and a senior Mirarr Traditional Owner, said the Corporation has formed a new partnership with the NT Government, Jabiru Kabolkmakmen Ltd, to guide the post-mining move, and developed a Jabiru Master Plan to drive the town’s evolution.

“The Masterplan is our vision for the new Jabiru town. We welcome the investment commitments from the Commonwealth and the Northern Territory and ERA in supporting our goals. Jabiru and Kakadu are places where we can share our cultural heritage with future generations,” Ms Balmoore said.

Paul Arnold, Chief Executive and Managing Director, Energy Resources of Australia Ltd (ERA), said ERA will continue to have a presence in Jabiru as the Company undertakes the rehabilitation of the Ranger Project Area to protect Kakadu’s World Heritage values.

“I want to acknowledge the leadership of the Mirarr Traditional Owners and the contributions of the Commonwealth and Northern Territory Governments toward creating a future for Jabiru,” Mr Arnold said.

“ERA is proud of its role in establishing the town and the contribution of our people to the community over the last 40 years. We look forward to continuing to be a valued member of the community and working closely with the Mirarr and the Commonwealth and NT Governments to support the transition of Jabiru.

Jabiru was established in 1982 to support uranium mining in the region. Today it is a services and tourism hub for Kakadu National Park and the West Arnhem region. ERA will cease processing activities at the Ranger Uranium Mine no later than January 2021, with remediation work to be completed by 2026.

As Jabiru transitions from a mining town to a locally-led community, until 2023, the Northern Territory Government will continue to take responsibility for essential services and infrastructure, including education, health, police, fire and emergency services.