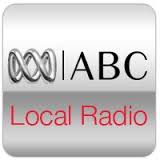 SALLY BRYANT:   Sussan Ley is the Member for Farrer and the Minister for Environment. Good morning, Minister. Hello, Minister?

SALLY BRYANT:   How are you going?

SUSSAN LEY:   I’m good thank you to ABC Riverina for your great work on the COVID-19 virus and your explanations to all of the people in the Riverina. I was just listening to your latest update as I do every morning – so just a shout out to you.

SALLY BRYANT:   Well thank you very much. It’s- there’s a huge network as you know of hardworking ABC people right across the organisation who make that possible. So it’s part of a team effort.

SUSSAN LEY:   Indeed there is.

SALLY BRYANT:    Now, Minister, regarding this water issue, is now the time to be diverting water held by the Commonwealth to underwrite the plantings for new crops for Murray River farmers?

Now, I make that point to really impress upon people that there aren’t these magic holdings of water that are sitting there unused. If there were I would be the first to ask them to go to food production.

SALLY BRYANT:    [Talks over] So then what makes John Barilaro stand up and say? He seems to think that there’s water there that could be accessed.

SUSSAN LEY:   Look, I think he’s making a general point about environmental water – I’m not sure. He hasn’t written to me recently but he has written to the Water Minister, Keith Pitt, and Keith has responded to say that he is happy to bring forward a meeting of all water ministers – it’s called Ministerial Council – as these things are scheduled for the middle of the year. He’s bringing it forward and that’s terrific because I want to see that discussion being had at Basin level.

Remember that we the Commonwealth are just one of six partners in water allocation across the Basin. We’re equal partners – New South Wales is an equal partner Victoria is. And that, of course, is why the water- you know, water and it’s sharing is so complex and so difficult to change, because it’s locked in with all of the states having to agree if there are to be changes.

But that’s a- you know, that’s a great initiative from the new water minister. I’ve talked to him regularly. I was on the phone to him a couple of days ago. I was on the phone to Michael McCormack yesterday morning talking about water. You know, the fact that we’re not physically in the same room doesn’t mean we don’t have this as one of our very high priorities.

SALLY BRYANT:   Yeah. As Minister for Environment though, if there were water there or more water there, what would your position be on diverting water that has been earmarked for the environment?

SUSSAN LEY:   The Environmental Water Holder doesn’t operate under my control as Environment Minister; they’re an independent statutory authority. So while they keep in close touch with me, and I appreciate the information I get from them, they don’t get sign off from me. So that’s the first point I want to make.

The second is that they do have to demonstrate with the wider public in the Basin that the water that they allocate is keeping the river healthy. And obviously, a river that’s not healthy can’t work for any of us – we want a healthy working river.

But as allocations have gone down for farmers, they’ve gone down for the environmental water holder. So the licences that they, for example, have bought in the New South Wales Murray are on the same allocation. And at the moment that’s zero percent, and we’ve got a little bit more in the Murrumbidgee, but they don’t have a separate way of accounting and allocating water because they’re the environment.

SALLY BRYANT:   Right. There are concerns being raised about food security during the pandemic, but according to Keith Pitt we don’t have to worry about a food shortage. Do you agree with that perspective?

SUSSAN LEY:   Yes, I do. I’ve heard some rather ridiculous claims that the Southern Basin produces 60 per cent of Australia’s agricultural production and that’s because of the COVID-19 virus, our food production and food scarcity it is under threat. Now those are alarmist and unnecessary claims and if people makes them they should be called out on them, because we will be found out on them.

There are a long list of fabulously good reasons why we should support our food producers in the Southern Basin. Why, as I say, I get up every day and fight for water because it matters for my region, its economic base and its export industry for Australia – wheat in particular. I think the estimate is of, you know, a record wheat crop this year – fingers crossed the rain continues, a small proportion of that will be consumed domestically. That’s why I want our industries to succeed. To tie it to the virus and food scarcity and food shortages is, as I said, alarmist and unnecessary.

SALLY BRYANT:   What pressures is this pandemic putting on farmers in the Riverina?

SUSSAN LEY:   It’s putting a lot of pressure on families generally. I mean we’re lucky because the number of cases is, as you’ve noted and our local health districts have, is low. But of course, the restrictions may affect farmers when it comes to the import of inputs into their production – at the moment that’s not happening. We’re seeing the markets in China open, after having the virus early and that’s a good thing for Australia because obviously for us, as an exporting nation when it comes to agricultural commodities, our markets are the most important thing. So you know, China still wants our wool – and it was looking as if there was a while where their wool production processes were slowing down, that’s bad for us. So that’s the number one thing, is our export markets and the demand for agricultural produce.

SALLY BRYANT:   Yeah, okay. Now, I’ve had some texts in from listeners and it will come as no surprise to you that people get pretty hot under the collar about water. One question that has been asked is: does it worry you that we are going to be reporting- importing rice for the next two years? What’s your feeling about that? Given that this is your bailiwick is part of the world.

SUSSAN LEY:   It worries me that our rice industry is at such low levels in the area which is home to rice, which is my electorate – of course it does. And that’s why I’ve had conversations with the water minister about the need for us to do whatever we can. And there are projects that are being discussed and there are initiatives that the rice industry is putting forward about value adding, further value adding and so on and I’m you know, fighting for those for that industry.

But it comes back to my main point which is that decisions about water allocations in the Basin are made, water sharing in the Basin are made by six state governments and about water allocations within states are made by that state government. So for example, New South Wales has put aside about 205 gigalitres for high priority needs for next year and I’m not sure what they’ve had at all that water to do – I know that it’s a lot more than they put aside in other years arguably. And I mean I’m not here to tell them what they should do with the water that’s been allocated to them. But arguably, it could form the basis of an initial allocation, which then could grow some rice.

So all these things need to be discussed. I think they need to be done in a way that doesn’t point the finger at industries or governments or holders of water, because as I often say, Sally, every drop of water in the Basin is owned by someone and if you want it you have to take it away from them and that’s never easy.

SALLY BRYANT:    No exactly. Minister, there are plenty more things I could ask you about, I’ve got a list as long as your arm but you know what the ABC’s like – the news waits for no man or woman so we might have to leave it there. Thanks so much for your time this morning.

SALLY BRYANT:   Sussan Ley, the Minister for Environment and Member for Farrer there sharing some thoughts about what’s happening with water and good news that that ministerial meeting will be brought forward to happening within 30 days.