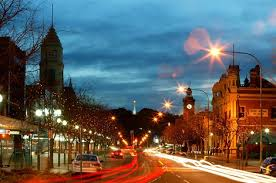 Did you know Albury Wodonga has one of the highest rates of housing affordability among our nation’s most populated cities? We are fourth behind Mackay, Townsville & Darwin.

And it indicates the border’s youth unemployment rate sits higher than Ballarat, Bendigo, Newcastle and Wollongong. Albury Wodonga has the eighth highest rate of young jobless in the new analysis (at around 12%).

The Australian Government’s National Cities Performance Framework is the first official indicator to track the progress and performance of Australia’s largest cities.

Assistant Minister for Cities and Digital Transformation Angus Taylor said the Framework brings together critical data on key issues such as infrastructure, housing and liveability in an easily accessible online format.

In one location you will be able to track the progress and performance of cities across the Government’s six Smart Cities policy priorities for Australia’s 21 largest cities* as well as Western Sydney.

“The Performance Framework ensures all levels of government, industry and the community have access to critical economic, social and trend data to inform cities policy and investment decisions,” Assistant Minister Taylor said.

Local MP for Farrer, Sussan Ley said “the figures give us a clearer picture of how Albury-Wodonga is performing, telling us what we’re doing well now, and what we need to look into for the future”.

The online Dashboard is available at https://smart-cities.dashboard.gov.au/