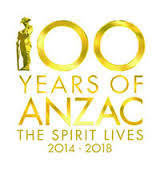 Member for Farrer, Sussan Ley, today announced funding of over $32,000* for the Holbrook community to commemorate the service and sacrifice of Australians during the First World War.

The ANZAC Centenary grant will be used by the Holbrook Submarine Museum and local RSL to start construction on a replica section of the HMAS AE2**, including the conning tower.

The display, to feature prominently in the local Submarine Park, continues Holbrook’s important links to the famous submariner and Victoria Cross recipient from whom the town takes its name – Lt. Norman Douglas Holbrook.

Ms Ley says “this is the largest individual grant from $125,000 made available to Farrer community and ex-service groups and is an example of the terrific ideas and range of projects which have been funded across the entire electorate”.

“I would also like to thank the members of my local ANZAC Centenary Committee who assessed and assisted many of the applicants with their nomination; their hard work has certainly helped projects like this become a reality during this very important year of commemoration”, Ms Ley concluded.

The Local Grants Program is a key element of the Australian Government’s 2015
ANZAC Centenary program, more information is available at www.anzaccentenary.gov.au