The Henty Show goes on in February, rail, hail, shine or heatwave. 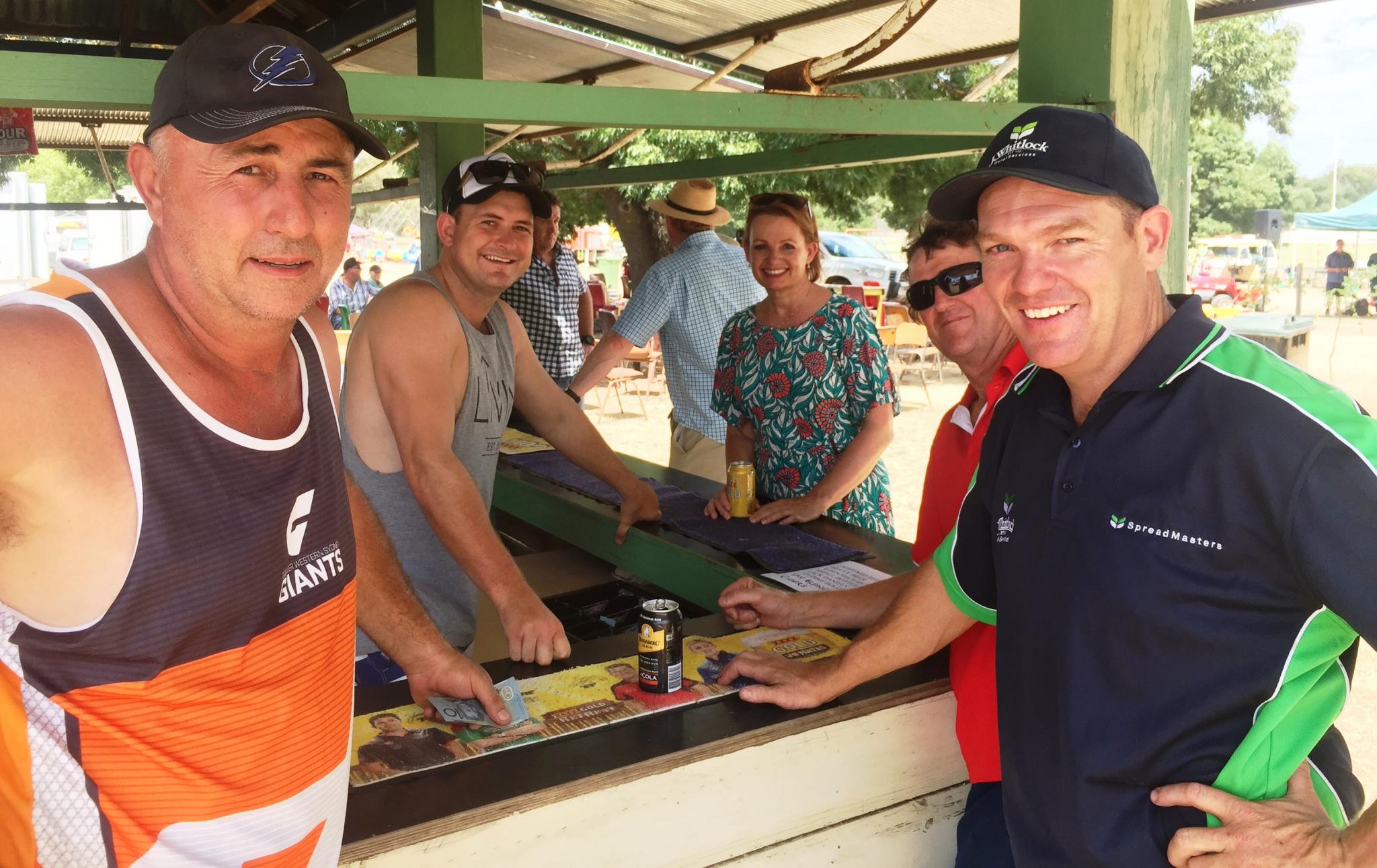 Ms LEY (Farrer) (16:33): Firstly, I want to say a very special thank you to all of our firefighters throughout New South Wales who worked around the clock protecting life and property in many areas of the state over the last weekend—as they do right throughout the summer. Thankfully my electorate was spared from the worst conditions, compared to areas of the north, but we still managed a balmy 43 degrees at Henty on Saturday. There may well have been a hotter day at the annual Henty show, but no-one living can actually recall just when that might have been. The show has been going now for 113 years straight, except for one year when it was called off for weather—or World War I. No-one is actually quite sure.

At 110 degrees in the shade, all went ahead this year, although the horse events were pushed forward and the dog show held over to Sunday. I say ‘110 degrees’ because that is the language the people of Henty used to describe the temperature to me on the day. The sideshows were, again, very popular, particularly the ones where the kids were able to get wet. The CWA had a lovely lunch. Val from Val’s Kitchen in Henty had a huge table of preserves, with raspberry and chilli jam being the most popular, and Oriel McRae from Pleasant Hills scooped the pool—her apple shortcake was the best. Wheelbarrow races and sheaf tossing demonstrated that you do not need expensive equipment to have a lot of fun.

Despite the extreme heat, with some irony, the farmers I bumped into reported a pretty poor harvest this year due to their paddocks getting waterlogged over spring. But, as always, they look to the next season with ever-present optimism. The local cockies do have some explaining to do though, losing the annual Farmers Challenge to the kids from the Henty primary school. The children were all pretty pleased with themselves after pocketing $25 each for the win. Even the sheaf-tossing competition, which I mentioned, was won by an 11-year-old, also up against some pretty big local men—so we start them young and build them tough in Henty.

Although the odd modern convenience is still appreciated, my first task after this weekend is to find some funds for an air conditioner for the show secretary’s office. You might wonder why on earth a town in the middle of the New South Wales Riverina would hold its annual show in summer. Believe it or not, the Henty diary is very busy, fitting in between the cricket and Hume Football League seasons and satisfying the rules surrounding the Sydney Royal Easter Show.

The Henty Show goes on in February, rail, hail, shine or heatwave. The committee has much work to do because of the annual Henty machinery field days each and every September. One of the largest in Australia and longest running, it is been going since 1963 and has been built up to 600 exhibits of new agricultural equipment and technology for farmers, attracting 50,000 to 60,000 visitors annually. This year, also at the field day site, is the very first four-wheel drive and outdoor adventure expo, coming up next month.