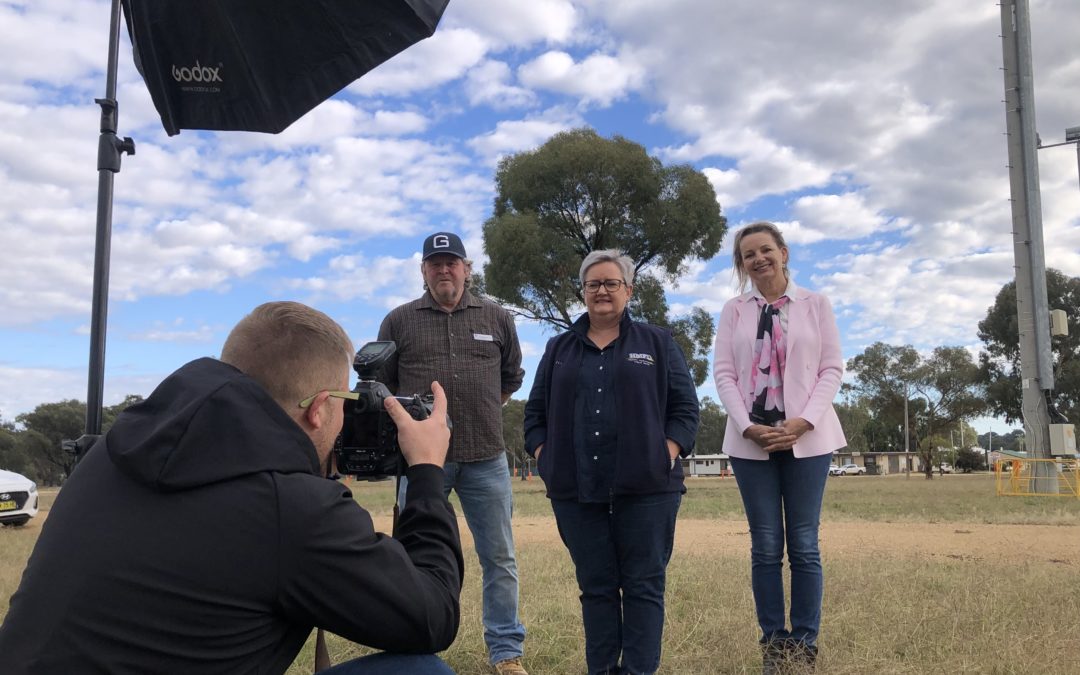 The Coalition Government is delivering a new mobile phone tower to the Henty Machinery Field Days (HMFD) site, which will boost better connectivity for the local community.

Minister for Regional Communications, Senator the Hon Bridget McKenzie, said the Henty project was part of the Coalition Government’s $257 million Regional Connectivity Program (RCP), which is delivering telecommunications projects across the nation.

“The Government has continued to take a collaborative approach with the telecommunications industry to make sure funded projects are tailored to the needs of each region and are supported by the community,” Minister McKenzie said.

Liberal Member for Farrer, Sussan Ley, said a new 35 metre tower would replace a temporary small-cell Telstra service which could only be used during the three-day September event.

“The Field Days committee approached me two years ago expressing a determination to offer sites to businesses requiring new and emerging technology, but this could only be achieved by providing 4g/5g wireless broadband.

“I’m delighted our government’s Regional Connectivity Program will dramatically expand the local coverage, allowing HMFD organisers to rebuild after two years of COVID cancellations, and also introduce new events    on-site through other times of the year.

“Just as importantly, the tower will be live year-round, boosting connectivity for residents, motorists and emergency services along a busy stretch of the Henty-Cookardinia Road.”

The Coalition Government has committed $117 million under RCP Round 1 to deliver more than 130 projects and $140 million for Round 2 projects including $651,000 to the Henty project.

Only the Coalition Government has a plan to continue delivering a strong economy and a stronger future for Australians.

More information about the Regional Connectivity Program is available here.