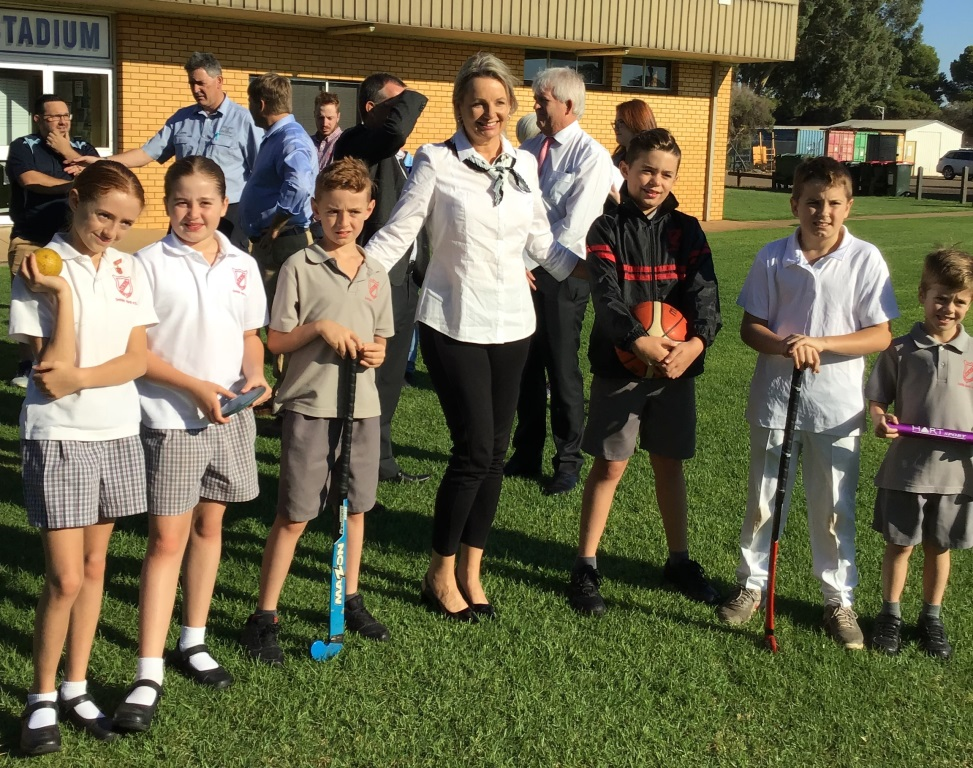 “This really is a win for the entire community, with so many user groups and schools also set to benefit from the upgrades. This is a proud moment for the city and I can’t wait to see the end result.”

Griffith Mayor John Dal Broi said his council had been exploring several avenues to secure the final funding component for the project. “I am absolutely elated – it completes the funding picture for the precinct, so now it’s full steam ahead.”

“The commitment we have now from both the federal and NSW governments recognises Griffith as a developing regional hub and is a major coup, not only for the residents of Griffith but across the region.”

Chair of the Griffith City Sports Council Lou Testoni said the funding will help cement Griffith
as a regional sporting centre into the future.

“Our vision has become a reality, providing a relatively remote area in NSW with a major sporting identity, helping us develop a wide variety of sport programs and competitions benefitting the entire western region.”

“We are supporting our regions through investing in important local infrastructure, as well as great community-building and planning initiatives under the Building Better Regions Fund and other Government priorities such as the Regional Growth Fund and our decentralisation agenda.”

This development is the major component in establishing a Regional Sports Hub facility through the expansion and revitalisation of the Westend Oval and Griffith Regional Aquatic Leisure Centre.

The Commonwealth is allocating $4.5m towards the Griffith Regional Sports Precinct (Stage 1).

Separate funding for upgrades to the nearby Jubilee Oval (Stage 2) will complete the majority of the Griffith Regional Sports Precinct Plan.

Local contractors and suppliers will be utilised on the project, creating an estimated 32 extra jobs during construction & five extra full time equivalent staff on completion.

The precinct funding is among $7m for Farrer from the third round of the Building Better Regions Fund, helping create $30m in new infrastructure and community projects being announced this week.

Snapshot of the $23.6m in Commonwealth funding recently provided for local projects/events…