Green light for food labelling reforms a win for consumers 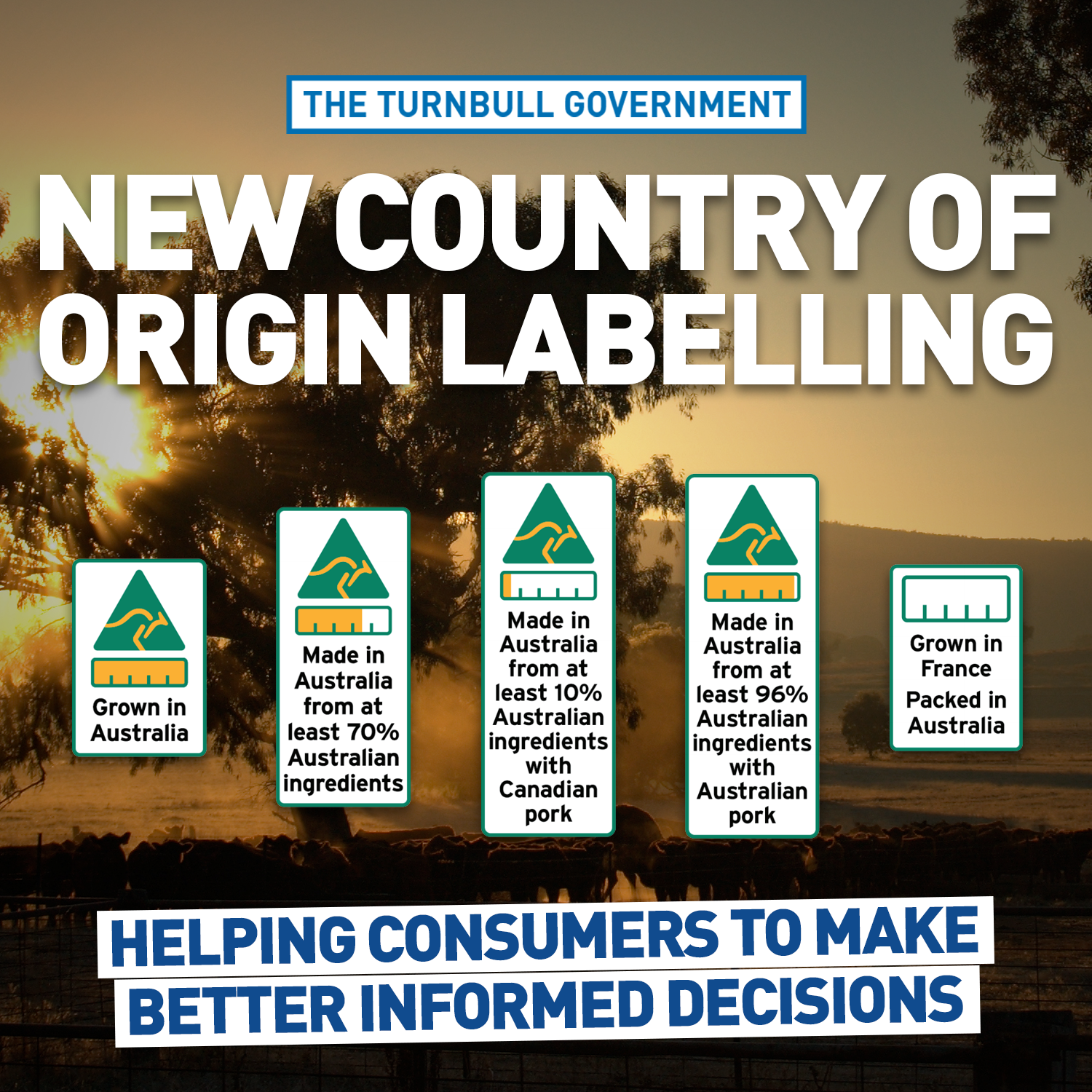 Member for Farrer, Sussan Ley has welcomed today’s agreement by the states and territories to sweeping reforms to country of origin food labelling which will give Australian consumers clearer and more meaningful information about the products they buy.

This agreement comes after decades of frustration on the part of consumers that country of origin information for food is misleading and confusing.

Ms Ley congratulated their state and territory colleagues for agreeing to the reforms that deliver a big win for consumers.

“The new food labelling system will provide Australian consumers with the clarity they deserve, without imposing an excessive burden on businesses,” Ms Ley said.

Many foods found on Australian retail shelves will be required to include a kangaroo in a triangle logo to indicate if the food is made, produced or grown in Australia.

The new system will also include a bar chart indicating the proportion of Australian ingredients.

“Australian consumers should be able to trust that claims such as ‘Made in’ and ‘Product of’ are applied consistently – and the new system will ensure that’s the case,” Ms Ley said.

The reforms will be introduced from 1 July with labels expected to appear in retail outlets later this year.