Government steps in to save symbolic Headframe No 4 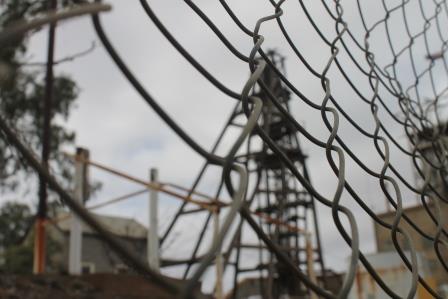 The Federal Government will allocate $121,000 to ensure the Headframe No 4 site in Broken Hill remains an iconic symbol of Australia’s first National Heritage Listed City.

Member for Farrer, Sussan Ley, today announced funding from the Commonwealth’s Protecting National Historic Sites programme, which will begin the first stage of securing the historic structure at CBH Resources’ Rasp Mine in the centre of Broken Hill.

“The identity of our city is marked by how we preserve our past and build for the future. The century-old frame was on its last legs and something had to be done, so it’s great we are finally getting work underway”, Ms Ley said.

Federal Environment Minister Greg Hunt, who visited Broken Hill in January to announce the Silver City ‘listing’, acknowledged the need to address the immediate threat to the integrity of the headframe, along with the safety of the public and mine personnel.

“Headframe No 4 is obviously an important icon, with a dynamic visual presence and a key symbol of the city’s history. I am delighted we can assist in preserving its longevity”, Mr Hunt said.

Welcoming the Commonwealth support, Broken Hill City Council Mayor, Cr Wincen Cuy, noted “this is a very good outcome and the start of a longer process to preserve the structure. I also want to thank CBH for its commitment and perseverance in wanting to retain an iconic structure with important historical value.”

Combined Commonwealth, Council and CBH funding for the Stage 1 Stabilisation Project will facilitate works to prevent any collapse of the headframe and for further engineering investigations to look at longer-term stabilisation.

The Federal Government has also confirmed it is prepared to consider future funding proposals for the site once the initial phase of the headframe stabilisation and assessment is successfully completed.