Government must deliver a better plan for all 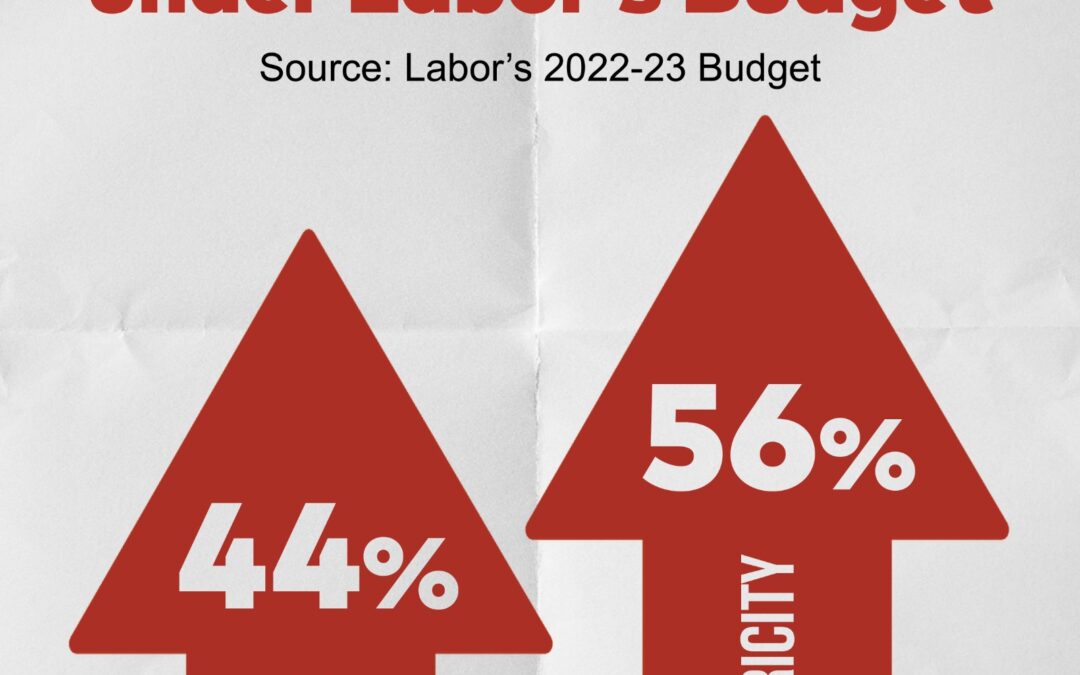 Under the Albanese Government’s watch everything is going up except your wages, and the value of your house.

Power bills are set to rise by 56 per cent. At the supermarket you get less for more. The average Australian family faces a $2000 hit to their budget between now and Christmas.

The sharp impacts of the pandemic on the economy have been replaced with a new global disease – inflation.

We know inflation, which is set to hit 8 per cent this year, is the source of the problem.
The RBA Governor has called inflation a scourge. It’s strong language, but the RBA has backed it up with action.

With that action comes pain for millions of Australians. As is the case with serious medication, there are serious side effects.

With the cash rate going up by another 0.25 per cent to 2.85 per cent, we know Australians are going to cop yet another hit to their household budgets.

For some it is too much to bear. We are daily hearing harrowing examples of Australians being sent to the wall as inflation ravages household budgets.

But inflation is not the RBA’s problem to deal with alone.

The Treasurer Jim Chalmers has said dealing with inflation is the Albanese Government’s number one priority. Strong words, but where is the action?

As Australian households and businesses look to their government for assistance, all they get is more words, more rhetoric and more spin.

Anthony Albanese promised he would leave no one behind. Yet when given the chance in the Federal Budget he failed to outline a plan to deliver on that promise.

With every day that passes it appears the message from the Albanese Government is: Jim-flation is the crisis we have to have.

Australians have rightly rejected this first Labor Budget pulled together by Dr Jim Chalmers, a student of Paul Keating who did his political apprenticeship with Wayne Swan.

We know the problem with Labor’s Budget is it did nothing for your household budget.

Labor promised your power bill would drop by $275 almost a hundred times at the election yet this Budget confirmed the exact opposite.

Labor promised the “era of low wages was over” and yet this Budget confirmed real wages would go further backwards.

The Budget was a complete betrayal of Labor’s election promises. It demonstrated Dr Jim’s unwillingness to provide a plan to tackle inflation and cost of living.

He is a Doctor without a treatment plan, unwilling to write the scripts Australians need right now.

Until Labor start attacking inflation like the disease it is, and start treating it, the economic health of Australians will continue to deteriorate.

Dr Jim needs to stop diagnosing the problem and start providing interventions, because right now Australians are being left in the emergency room by this Labor Government.

I did not think a Labor Government would be taking a let it rip approach to inflation but that seems to be the Chalmers’ prognosis.

As a result, it will fall to Australian households and businesses to fight the impacts of Jim-flation on their own.

Labor’s inability to control government spending will only exacerbate Jim-flation.

As the federal public service swells and gets guaranteed pay increases, the NDIS continues to spiral out of control and Labor try to buy state elections with inefficient infrastructure spending, Jim-flation will only grow.

Worryingly, an emboldened union movement seems set to make Jim-flation worse, as the risk of economy-wide strikes dampens investment in productivity in our economy. The chokehold of the TWU keeps our ports among the least efficient on the planet; and construction costs surge thanks in part to our tough cop on the beat on construction sites, the Australian Building and Construction Commission, being defunded by Anthony Albanese.

This Labor Government has been mugged by reality and are making it all up on the run.
They promised your wage would go up, it’s going backwards; they promised your power bill would go down and it’s skyrocketing.

It should not fall to everyday Australians to fight this Jim-flation crisis.

But don’t hold your breath because this Labor Government’s track record does not fill you with confidence.