#girlsmakeyourmove for the rest of your lives 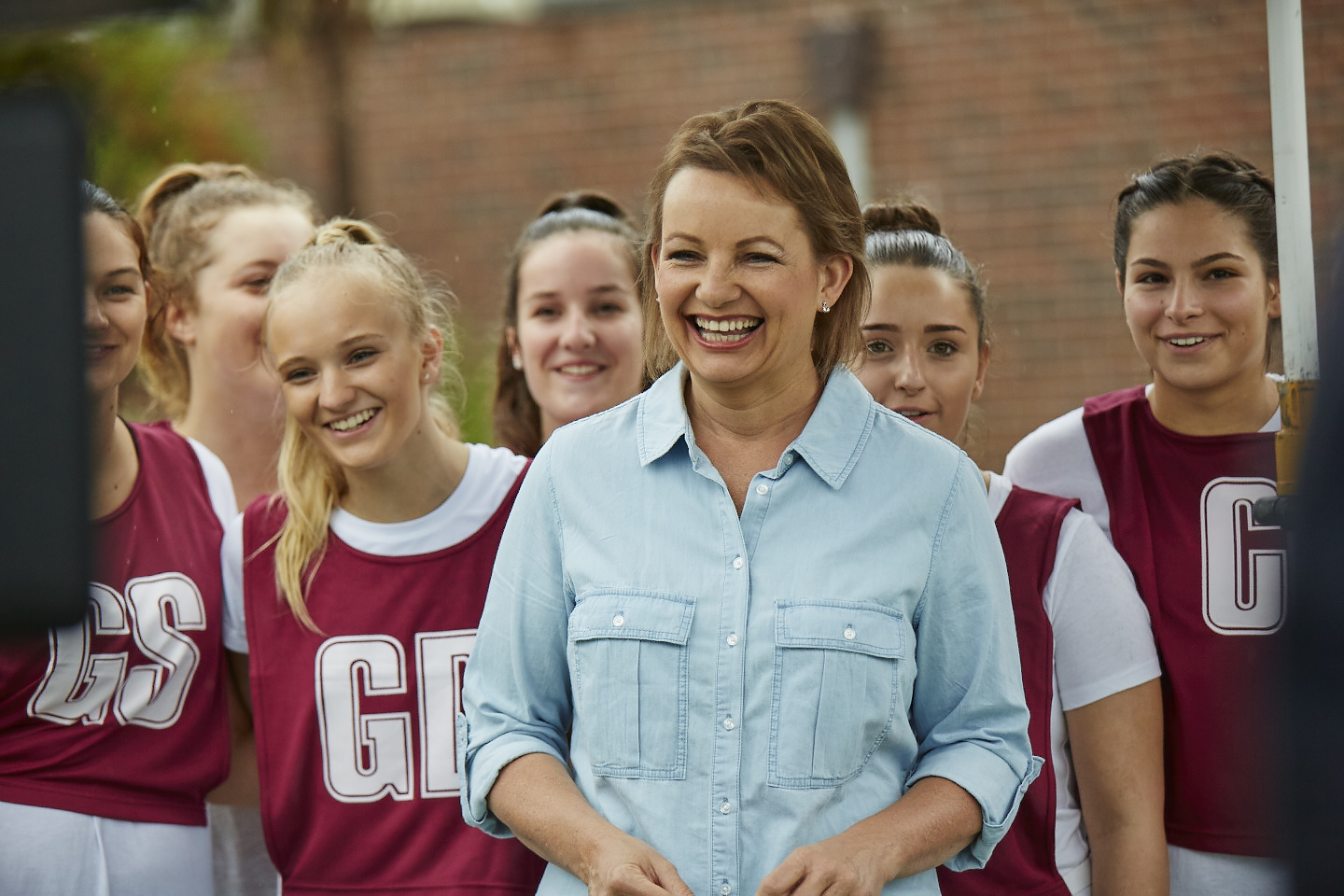 The Turnbull Government is today launching a landmark awareness campaign to encourage younger Australian women to ‘make your move’ after bombshell new research found teenage girls were only half as physically active as their male peers.

The #girlsmakeyourmove promotion will be headed by a series of fresh TV advertising spots* starting from tonight, plus a social media campaign, featuring girls getting active and involved in physical activities or sports they enjoy.

Minister for Health Sussan Ley said the campaign comes on the back of new research showing nearly 60 per cent of girls aged 15-to-17 reported undertaking little-to-no exercise or physical activity compared to one-third of boys.

“This campaign was a fun way to encourage young women in their teenage years to build their bodies as they are growing.

“It aims to tackle this sliding door moment in a young woman’s life when they actually are laying down the foundation for the rest of their lives.

“Physical activity in the teenage years lays down the muscle and bone you need for the rest of your life. It’s a unique time as your body develops and the greatest opportunity to build up strength in later years.”

“It will also help us to tackle a serious “epidemic” of diseases and chronic conditions facing this current generation if they do not exercise more.

“The research is telling us around the late primary to early high school age girls first engage in some form of physical activity within peer groups. And if that first experience is not enjoyable the idea of exercise and sport also can become a negative,” Ms Ley said.

“Yet we know, for girls, exercise and physical activity is the number one way to prevent illnesses later in life, like osteoporosis, which affects almost one quarter of all Australian women aged over 50.

“And we’re doing it by playing physical inactivity at its own game – through inactive pastimes like social media and TV.”

Hidden within the Australian Bureau of Statistic’s recent National Health Survey 2014-15 where some disturbing figures for girls aged 15-17 showing:

Ms Ley said there were a number of reasons why girls may be inactive, including lack of time, low confidence in their ability and a fear of being judged.

“I’ve been a teenage girl, and there’s everything from pimples, periods and other puberty blues through to trying to ‘look cool’ and ‘fit in’ in your decision making when it comes to playing sport and exercising.

“When you’re a boy, it’s cool to be a sports hero and get all sweaty and dirty. I want girls to get that message too.

“It doesn’t have to be intense exercise or even joining a team. Even moderate gentle exercise reduces your risk of cardiovascular disease, type II diabetes, colon cancer, obesity and even just minor injuries.

Ms Ley said the campaign would be available online to view and download from Sunday evening (28 Feb) at australia.gov.au/girlsmove